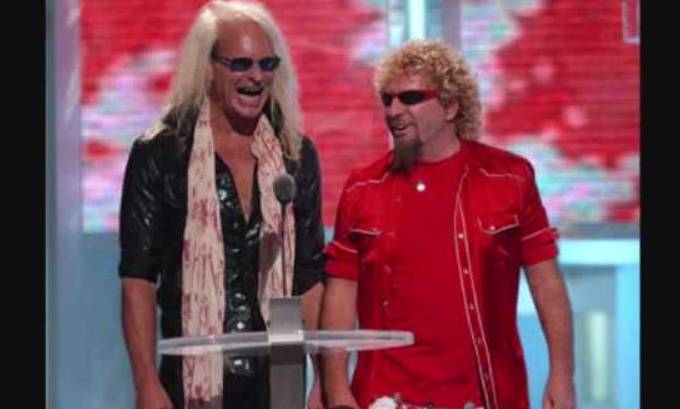 Sammy Hagar’s patience with David Lee Roth seems to have, at one point, reached its limit. The man who was the frontman for Van Halen after the first limelight of Roth has spoken to the media, about Roth’s behavior and how he ignores his presence in the band.

“I don’t respect Dave’s artistry, but I do think he’s clever and a great showman and what he did with Van Halen in the early days was fantastic. Van Halen couldn’t have made it without him.

“God bless Dave, but he refuses to acknowledge that Van Halen with me was even more successful than Van Halen with him, and that’s very stupid of him.

“That’d be like me not acknowledging what he did for the band before I joined: that would be stupid wouldn’t it?”

These wide-ranging interview with Planet Rock has revealed Hagar’s stint with the band as well.

“We had eight years of (huge success), and then suddenly people in the band started changing… and it wasn’t me and it wasn’t Mike (Anthony),” Hagar said.

“The ‘Balance’ record was like pulling teeth, things got very dysfunctional by then. Drugs and alcohol and insecurity and bad management killed that band.”

When Sammy Hagar becomes the new vocalist for Van Halen, and fans were torn between the group’s new sound, with more keyboards and seriousness in the compositions than in the previous era, and the sound of David Lee Roth was remembered more.

Who was better? David Lee Roth or Sammy Hagar?

David Lee Roth became one of the most glamorous and paraphernalia rock icons, with his quirky clothes and all the atmosphere that surrounded him – which was his advantage.

In “1984”, Roth, gave us the precise step for the beginning of “Jump” -the first single from the album and first No. 1 of the group.

Van Halen’s period with Sammy Hagar was marked by 2 opposing currents: the expansion of the band’s commercial success and the acceptance of a larger audience, while at the same time feeling increasing resentment at Roth’s departure. Hagar’s musical sensitivity allowed Van Halen to gain access to a larger audience, with lyrics that were more introspective and dreamy. This accompanied by expanded instrumentation from Eddie, who demonstrated firmer, more thematic elements, and an advanced mix of musical textures in each song.

The result was a more mature and integrated sound, very different from the heavy and loaded rock sound of the group’s previous works. The followers of ‘redbone’ of the “Van Halen Classic” marked the sound of the new “Van Hagar” as very soft and loose, compared to the rocker attitude of the Roth era that he himself once described as a mixture of religion and hockey.

During Hagar’s stay, the band established a musical formula that was a commercial success in the United States. All four studio albums produced during this period reached # 1 on the Billboard charts; It was also around this time that 17 songs reached the top 12 places on the rock charts. Additionally, Van Halen was nominated for two Grammy Awards, earning him in 1991 for Best Hard Rock Act with Vowels for the 1990 album “For Unlawful Carnal Knowledge” produced by Ted Templeman (who produced the first six albums with David Lee Roth). Van Halen continued to enjoy popular success throughout the 1990s, while many contemporary bands deviated from the taste of the people.

Who do you think did it better? Lee Roth or Hagar?