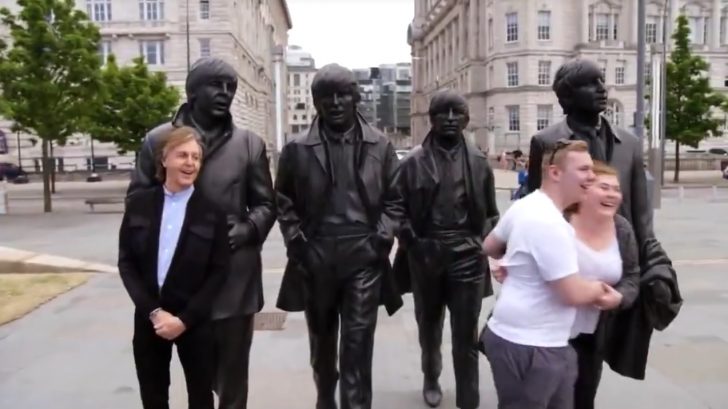 Some lucky fans were able to take pictures with Beatle’s legend Paul McCartney with the “FAB’S FOUR” statue in Liverpool. You got to loved it – seeing the Beatles legend back in his home, it’s certainly a LOVELY sight.

Actually, Macca was spotted there filming alongside James Corden – even taking pictures with tourists and fans with his own statue at the Pier Head.

Macca and Corden believed to be filming an episode of Carpool Karaoke segment of Corden’s US talk show The Late Late Show, and Macca took the liberty to mingle with the crowd at the Pier Head.

When Macca spotted in the city, the crowds gathered immediately hoping to interact with him. They were absolutely stunned to see him checking out their own statues.

This is absolutely exciting to watch, as he never really gets OLD and COOL as ever.

Keep going for the video below and enjoy a MAGICAL moment.

The legend in Liverpool.

The legend in Liverpool.