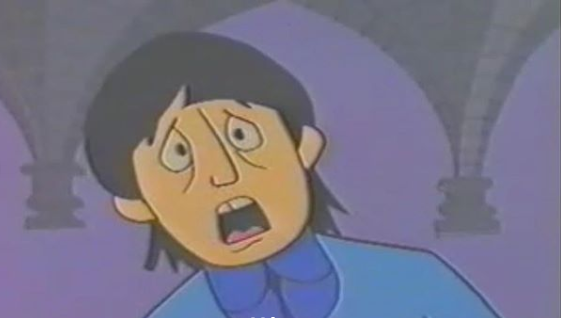 Is There Anything The Beatles Haven’t Done?

The Beatles is a British-American-Canadian-Australian animated television series which represents the legendary rock band, well, the Beatles. The cartoon was officially broadcast from 1965 to 1969 on ABC in the U.S.

The series debuted back on September 25, 1965, and it ended on October 21, 1967, and I’m pretty sure that a lot of baby boomers still remembers this cartoon of the Beatles. It has a total of 39 episodes (and being one of them is the episode available below).

The series was created intended to visually illustrate the Beatles songs.

The way they managed to depict the Fab Fours character was somewhat incredible — all of their figures were loose, rough, and exaggerated especially John and Paul’s blue collar-less suit.

John Lennon, in the series, was described as the lead of the group, while Paul McCartney is shown as second-in-command. George Harrison’s character was created well, especially his walks which shows his legs are long and thin, and Ringo Starr as the most sympathetic Beatle. Lastly, Brian Epstein being an important part of the Beatles’ existent, acts, of course, as the manager in the cartoon series.

Though the Beatles cartoon series never used the actual voices of the Beatles, rather was voiced by incredible impersonators, but the music was the Beatles.

One fact is that the Fab Four never had the interest to get involved with Yellow Submarine at all and on its production. But when the production was finished they were amused and impressed on how it was filmed that concluded into their stamp of approval.

Most of the episodes of this series were produced by Artransa Park Studios in Sydney, New South Wales, Australia supervised by veteran cartoon writer John W. Dunn.

Keep going for the video below and have a nostalgic moment: