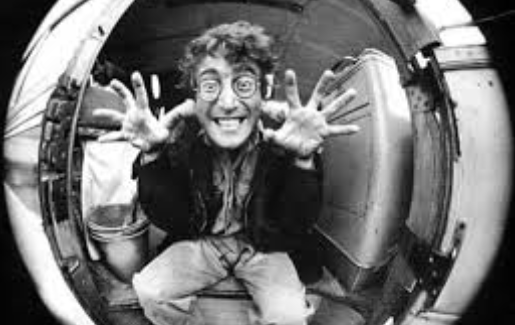 Among all the Beatles, it seems like John Lennon is the one who has the most sophisticated and most brave sense of humor. Not many people may know, but John Lennon is actually quite the comedian. In this compilation of some of his rare moments, it can be seen that Lennon knows how to let loose and have fun whether he’s working or just having some downtime. His light demeanor may also be a contributing factor to his artistry as well as how he uses humor as a strong element in the way he plays and even performs!

In this video, you will see John Lennon’s light and playful demeanor and personality stand out. He’s into muttering some random gibberish between sets on stage like he’s some sort of European opera star. And the audience of course loves and laughs about it! With his overtly exaggerated hand gestures that highlight his physical comedy. His wacky facial expressions and funny smiles also add to how funny he truly was as a person. In interviews, it seems like he doesn’t even take it seriously. He answers with utmost wit and sarcasm, a true form of that dry English humor at its best.

"The point is to change your head – it's no good knocking down a few old bloody Tories! What does he think he's gonna change? The system's what he says it is: a load of crap. But just smashing it up isn't gonna do it." John Lennon, Interview with Maurice Hindle, 1968

John doesn’t shy away from showing his goofy side on camera at all. And his bandmates loved it as well when he makes jokes either about them, about himself, or whatever really for that matter. It looks like he also loved making the wackiest faces and messing up the band’s songs during rehearsals. The band looked like they’re so used to his antics that they just ride on his comedy.

This compilation will surely make you miss the greatness that was John Lennon. That aside from his great poetic artistry shown in his songwriting and performances, it looked like he was someone who was fun to be with.