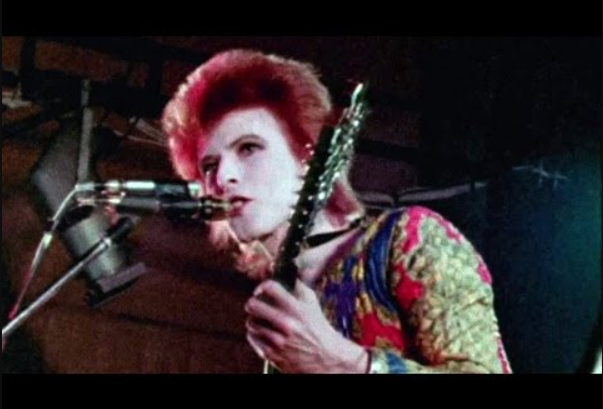 David Bowie is widely recognized for his alter egos, which were born out of his desire to write a play, yet he chose to mix theatrical art with his music instead of writing a play as such.

The first alter ego of his career is an androgynous-looking alien named Ziggy Stardust. As for the genesis of the character, Ziggy was born in 1972. Bowie was inspired by meeting Doug Yule at the Velvet Underground, who was posing as Lou Reed. This gave Bowie the idea to create a character that was between the real and the artificial. As for Vince Taylor, Bowie found it fascinating how this rocker was slowly freaking out, which incorporated the character of Ziggy.

After developing the character of Ziggy Stardust, David Bowie’s fifth concept album ´The Rise and Fall of Ziggy Stardust and the Spiders from Mars´ was published, which tells the story of Ziggy Stardust and how he becomes the messiah of rock al try to save Earth from its destruction. This album is considered one of the best of Bowie’s career and the most representative of glam rock.

Bowie seduced the world with Ziggy Stardust in 1973 – and one of his persona’s great moments was his live performance at Santa Monica 1972.

You can watch the Updated “Ziggy Stardust” Performance In 1972 below: