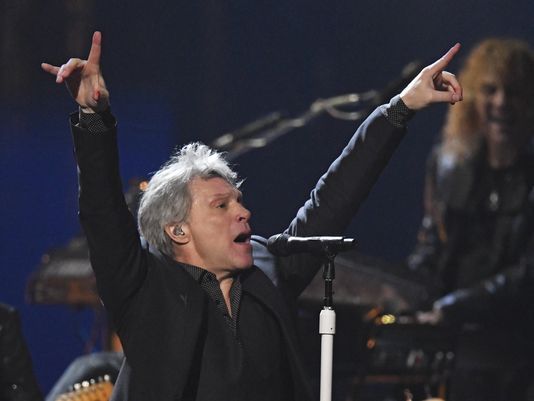 This year’s Rock and Roll Hall of Fame Induction made several wishes come true – Bon Jovi is FINALLY inducted and we saw the members together on stage once again. They even opened the show as the first group to perform. As expected, it was an insanely good performance which, if we’re all honest, was a tough act to follow. The boys brought down the house, to say the least.

This was a truly sweet moment since they’ve been eligible for almost a decade and were even snubbed back in 2011. And Howard Stern’s induction speech was not without humor when he said, “First of all, we’ve got Jon Bon Jovi … the man who singlehandedly destroyed most of the ozone layer in the Eighties with Aqua Net hairspray.” If that won’t make you laugh then nothing else would.

The rest of the lineup also gave their thank-yous including Jon Bon Jovi’s 15-minute speech.

“And I am proud to be working with these guys and you know, songs that found the way … because you’re connecting with humanity and then you find out more with humanity. Everybody is more alike than they are not alike.” – Richie Sambora

“By 18, I can already see that there are two paths in music: Play for fun, or play for keeps. The cover band circuit was where the money was, where the girls were, and where the future was….not.” – Jon Bon Jovi

It was indeed a night to remember.