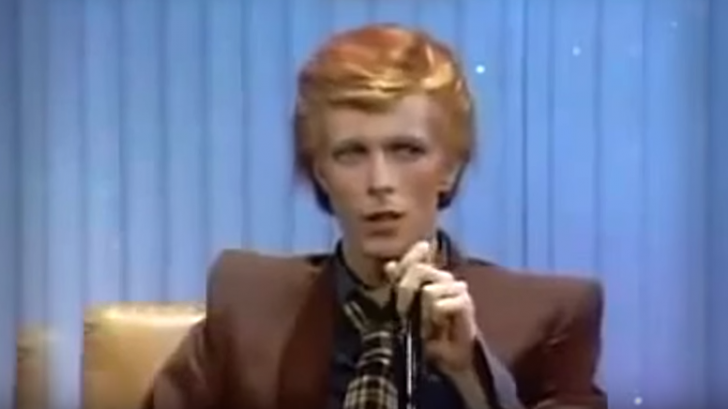 “You’ve Got A Lot Of Explaining To Do”

David Bowie and cocaine being said in the same sentence isn’t exactly new or surprising. He once brought a “load of drugs” for Iggy Pop while the latter was checked in to the UCLA neuropsychiatric institute. Besides, in 1974, Bowie was high most of the time and this interview done on December of the same year was no exception obviously.

It’s pretty painful to watch, you’d probably find yourself cringing several times. Even the host looked visibly irritated and uncomfortable. Bowie avoided eye contact and was constantly fidgeting – like he’d rather be anywhere else but in that studio. At times, he also couldn’t stop laughing.

Maybe the only consolation here is how Bowie looked otherworldly – almost unreal. He’s clearly one of the finest looking rockstars ever.

A few years later, Bowie managed to overcome his addiction and the result was some of his greatest musical achievements.