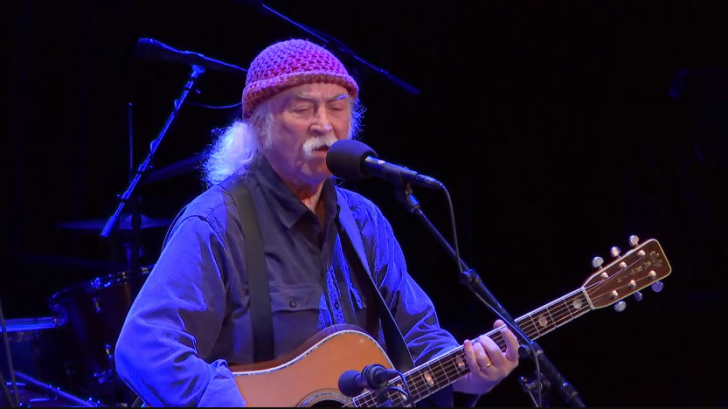 The two classic rock legends joining forces as a dynamic duo at the Beacon Theatre in New York performing together.

But I was …and more than a bit …I frankly DO stand I awe of a Fagen’s writing …there is nothing like it ….no one comes close…then there’s the singing …and the band leading …and the fact that he is a decent man and kind … https://t.co/smBG2ehKrZ

Steely Dan’s shows were highlighted when David Crosby appeared along with Donald Fagen and played the Crosby, Stills, and Nash classic tune, “Wooden Ships,” from their 1969 self-titled debut album. The footage of that great show was posted via Facebook which you can watch below:

Crosby stuck around to join Steely Dan to perform the classic “Reelin’ in the Years.” A fan video of the song performance surfaced via Instagram post which you can also watch below.

Keep going for the video below and watch the pair perform “Reelin’ in the Years.”