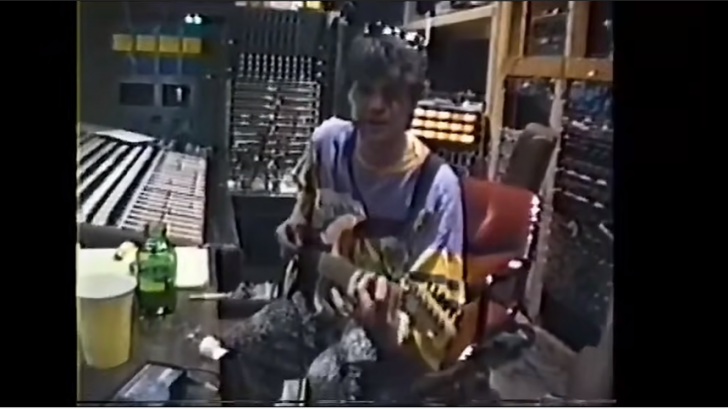 Another newly discovered clip shows Eddie Van Halen in his home studio. The video below, taken in 5150 Studio, shows the guitarist playing the “Amsterdam” riff several springs before the song’s manifest run. The clip appears to have been filmed in 1985 as the title says, but the song didn’t come out officially until it came out in 1995 on the album, Balance.

It is not clear exactly when the video was shot, but Van Halen’s haircut and “Team Jams National Champs 1986” T-shirt indicate that the informal studio was probably motivated in late 1986 or early 1987. The final translation of “Amsterdam,” which featured literature written by singer Sammy Hagar, was eventually animated as a single, but Van Halen was reportedly unhappy with the direction Hagar had taken the song.

The final version of “Amsterdam”, with added lyrics written by singer Sammy Hagar, was ultimately released as a single, but Van Halen was bothered with the direction Hagar had taken for the song.