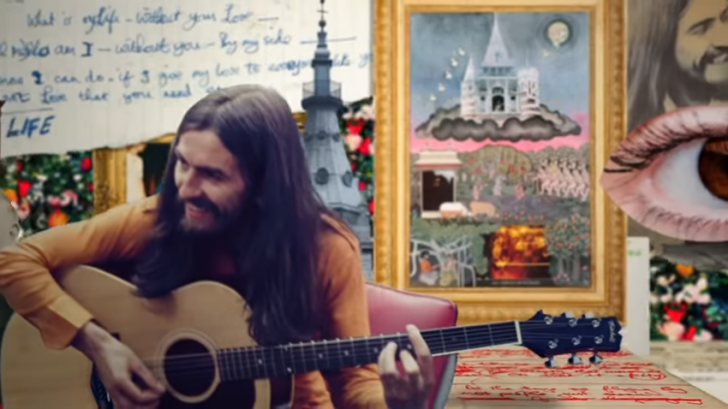 The George Harrison estate will release a spacious limited-edition box for the 50th anniversary of his acclaimed 1970 solo album All Things Must Pass on August 6.

The super deluxe edition features the addition of a uniquely designed wooden box containing an expanded scrapbook (curated by Harrison’s widow, Olivia). Also a wooden marker made from an oak tree felled at Harrison’s house in Friar Park. Finally some 1/6 scale replicas of Harrison and the gnomes that appear on the original album cover.

The triple LP doubled down on Harrison’s signature slide guitar style, as well as spiritual themes that would continue to appear in his later solo works. The singles “My Sweet Lord” (which became the first single by a former Beatle to reach number 1) and “What Is Life”, as well as songs that had previously been passed up for inclusion on Beatles albums such as “Isn’t It a Pity”.

A music video of “Run of the Mill (Take 36)” has been released in preparation for the release of this super deluxe edition.