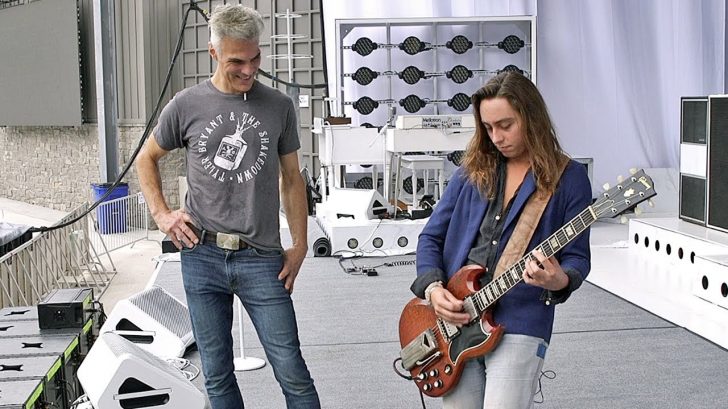 Greta Van Fleet are surely innovating with their influence (classic rock) and are not stuck in the past as the technology keeps getting better and better, they are also moving “classic rock” forward.

When Greta Van Fleet released “Highway Tune” in March 2017, a song they wrote in their parents’ garage before either of them were of legal age, they had no idea what a change it would make in their lives.

The song became an international hit and topped the Billboard Mainstream Rock Singles chart. “Highway Tune” was followed by three consecutive # 1 singles, a debut album that entered # 1 on the Billboard Top Rock Albums and Top Album Sales charts and earned a Grammy for “Best Rock Album.”

In the video below, John Bohlinger of Rig Rundown visited Jake Kiszka where he was given a tour of their on- and offstage rigs. Kiszka highlighted his new stereo setup including a ping-pong, wish-wash wah and explained everything fascinatingly.