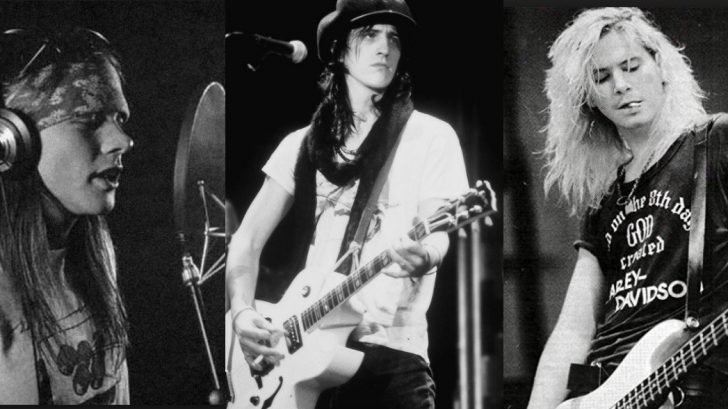 Before Slash was part of the band

Let’s dig into the vintage vault of the Guns N’ Roses and look for the band’s earliest treasures. That’s exactly what Former Guns N’ Roses associate Raz Cue did when uploaded the never before heard first ever radio interview of Guns N’ Roses complete with rehearsal audio.

The band’s lineup at that time didn’t even have Slash yet. It was Axl Rose, Izzy Stradlin (then called “Izzy Stranded”, guitarist Tracii Guns, drummer Rob Gardner and bassist Duff McKagan who was a just a fresh addition to the band.

The interview audio was recorded in March 1985 and the session was led by Stradlin because Axl Rose failed to show up in time…classic Axl Rose.

Raz Cue was the manager of the band L.A. Guns before some of the members merged with the band Hollywood Rose to become Guns N’ Roses. (That’s the band’s history, in case you didn’t know).

In the audio tape, Raz makes the intro by saying,

“Having banded together just two weeks prior in my nearby living room, the boys are giving their first-ever radio interview. The highlight of the night – songs recorded just hours earlier. … Keep in mind that this is Guns N’Roses’ fourth rehearsal, and Duff’s very first with the band.”

Listen to the whole interview below: