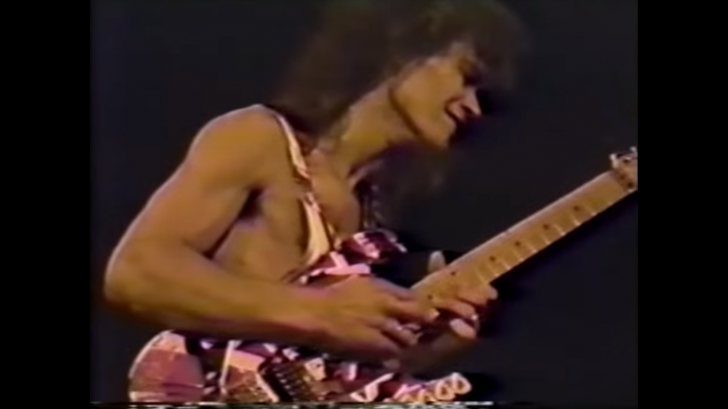 2020 was not a good year for legends. Literature, sports, cinema, or music lost too many legends. The last one, Eddie Van Halen. The heavy metal star passed away from throat cancer that he has been battling for a decade.

The guitarist was one of the architects, along with the rest of his band, of the radical change that hard rock underwent in the 80s, going from being a minority to mass music through which dozens of emblematic groups later passed. They were golden years of heavy metal and virtuosity with an essential instrument in rock: the electric guitar.

Eddie Van Hallen with his guitar, which he played like nobody else despite never knowing how to read music: Eruption is the song that defined his legendary status in the world of rock.

Eruption was one of the songs with which Van Halen came to the world of music with the band’s self-titled released in 1978. An instrumental piece, a guitar solo of just over a minute and a half, and by it, the world didn’t realize what hit them.

In the video below, Eddie Van Halen took his legendary status to another level, performing a 12 minutes version of Eruption, LIVE.