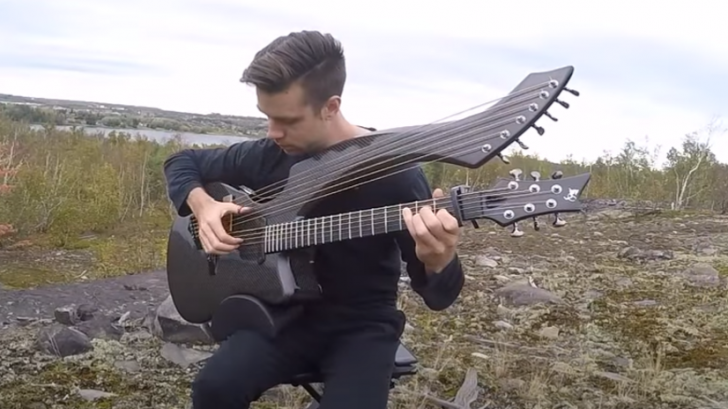 Meet Canadian harpist, guitarist, and composer Jamie Dupuis, who was born in New Liskeard. Jamie’s quick climb to fame has been aided by the well-liked arrangements and performances he posts on his YouTube channel.

Jamie’s fame skyrocketed in 2016 after his harp guitar rendition of Pink Floyd’s Comfortably Numb received over 19 million views on Facebook. He won the Canadian Guitar Festival Competition the same year. As a result, Jamie gained recognition as one of the best guitarists in the world.

He began writing his own music after studying jazz, rock, and classical music. After high school, he enrolled in Ontario’s Cambrian College, which has campuses all around the province. He trained with musician Philip Candelaria in order to become a soloist. Jamie’s effort was successful. When he was awarded a full scholarship to the Musicians Institute in California, his aspirations came true. It started him on the road to fame.

When Jamie Dupuis plays his harp guitar, words like spirited and soulful immediately come to mind. We hope you enjoy his performance of Free Fallin’ by Tom Petty.