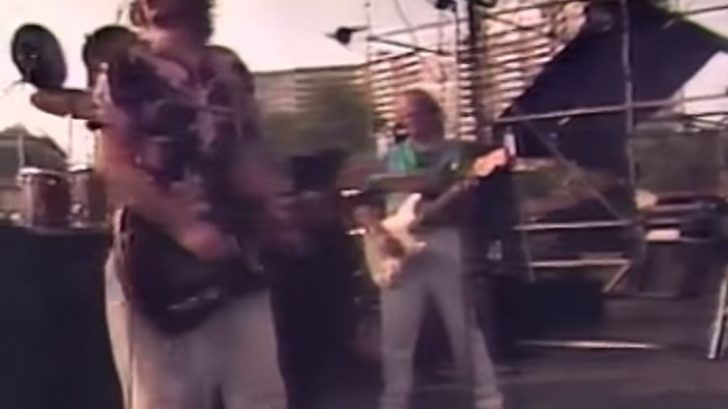 A Legend Playing With Legends

In the early ’80s, Jimmy Page and the rest of the gang of Led Zeppelin called it quits after John Bonham’s passing – and since then Page had all the time to do whatever the hell he wanted to do.

He managed to do many great things and contributed to the world of entertainment, which includes the Death Wish II soundtrack in 82, he then performed at the ARMS benefit show in ’83, having all the time, he released a hit EP with the band called Honeydrippers in ’84, joined a Led Zeppelin’s interesting reunion show at Live Aid in ’85, he even recorded with the Rolling Stones in 85, and with the Firm in ’85 and ’86. When he left Led Zeppelin, it didn’t stop hin to pursue greatness – he recorded an entire album called “Whatever Happened to Jugula?” with Roy Harper, also in 1985.

Music was his life, and it never ended that life. But when he played with the Beach Boys on July 4. 1985, everyone loses their minds.

“All I will say is this: My responsibilities to the music did not change. I didn’t drop out or quit working. I was there, just as much as anyone else was.” – Jimmy Page

Below, you can watch perform Little Richard’s “Lucille” with the Beach Boys in Philly, and you will see that Mike Love, Al Jardine, Bruce Johnston and the rest give him an incredible amount of time to shred bits by bits.

Bonus: You will also see Carl Wilson (who died in 1998) playing with his old buddies as their guitarist.