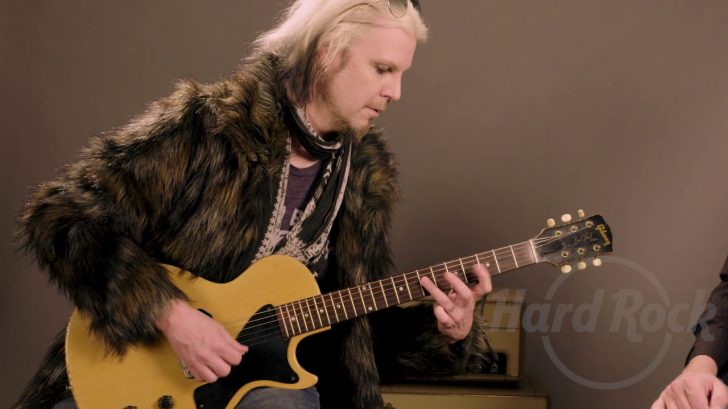 Hard Rock historian Jeff Nolan was joined by the incredible John 5 for a bit of digging into guitar nerdery.

John 5 plays seven renowned guitars from the annals of rock:

Fortunately for us, the Hard Rock team was present to capture the entire event. Below, you can witness John 5, who is undoubtedly in amazement, perform them all.

In addition, John 5 is shown in the footage utilizing an Analogman Beano Boost, an Origin Effects Cali76 compressor, a Valvetrain 416 head, and a 1×12 cabinet.