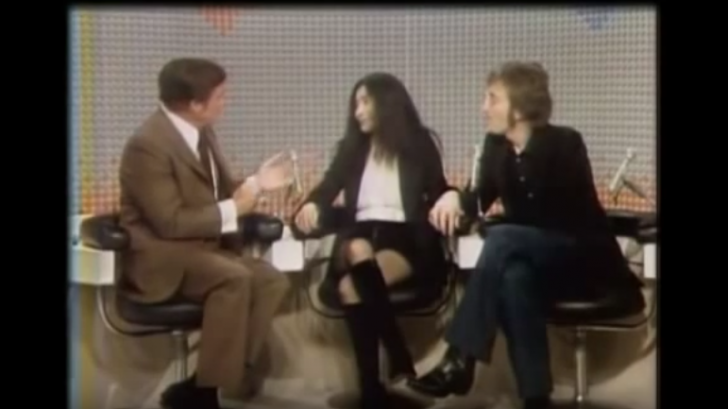 Have You Seen This?

One of the most unforgettable things that happened in early 1972 was when John Lennon and Yoko Ono took over the hosting duties for an entire week in The Mike Douglas Show. The whole purpose according to Yoko was to bridge the gap between the older and younger viewers. She said:

“Because this is a show that really communicates more with the older generation, we wanted to reach our hands out to them and say, ‘Don’t be afraid of us. And we shouldn’t be to hostile to you either. Let’s work it together, because we have to work it together.'”

And one moment that we can never forget was when they invited Chuck Berry and of course he had to perform with John Lennon. It was all well and good until Yoko, who was playing the bongo, decided she hated being left out of the spotlight and in true Yoko fashion, she just howled mid-performance.

And you can see Chuck Berry’s startled look. He was quick to recover, however.

This will always be filed under “things that baffled us the most.”