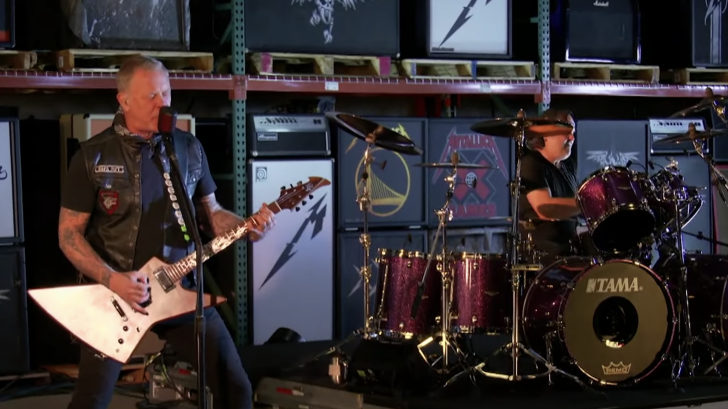 Metallica is once again in the great musical events, with a presentation closing Super Bowl LV that took place this Sunday, February 7.

The largest metal band in the world closed this American event after what was done by The Weeknd and Miley Cyrus with Billy Idol.

This television show showed Metallica 2021. It was broadcast after the meeting between the Tampa Bay Buccaneers, who triumphed over the Kansas City Chiefs in Florida.

After the last interventions of the band, showing the newest of their catalog and discography. This time they chose part of their classical repertoire to close the sporting and musical evening.

Metallica performed on a special edition of The Late Show With Stephen Colbert to mark Super Bowl weekend.

Metallica, meanwhile, is only making “glacial” progress on their new album, according to drummer Lars Ulrich. “These are the craziest times and nothing is going to give,” he said.

In November, Ulrich said that he and his bandmates were involved in some “pretty serious writing” sessions for the album, and the drummer promised the following month that the next LP would be the best record Metallica ever made.