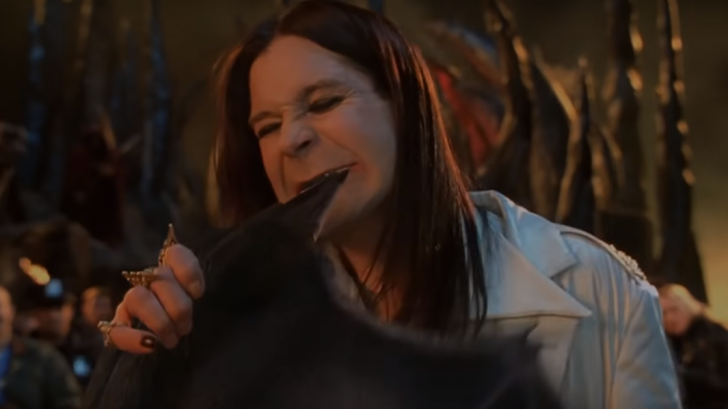 Recent times have not been the best for Ozzy Osbourne (Birmingham, England, 1948). A few years back he starred in his first appearance after the serious health problems that he has been fighting since the beginning of the year. Ozzy had to cancel his No More Tours 2 tour after being admitted to the ICU for pneumonia and definitively canceling all 2019 concerts after the vertebrae in his neck were displaced after falling at home.

He considers himself the “craziest rocker on the planet.” All his unprecedented episodes of his life are collected in his hilarious biography, “I am Ozzy”

“Ozzy and Jack’s World Detour” follows the father-son duo – and heavy metal royalty – Ozzy Osbourne and Jack Osbourne on the journey of a lifetime, as they embark in the United States and around the world. Armed with nothing more than an RV and a to-do list filled with iconic sites and unforgettable activities.

In the video below, the Prince of Darkness tours the Shanghai Tunnels in Portland, Oregon. The tunnels reveal the unknown stories of men who were abducted and traded to work as sailors.

Ordinary people would feel uncomfortable and will probably require a guide, but Ozzy Osbourne is not your ‘Ordinary Man’, he takes things into his own hands in unveiling the disturbing history of these tunnels.