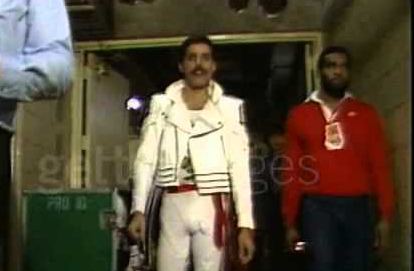 In 1983, Freddie Mercury and Michael Jackson, fresh off the Thriller release, were planning to record an album of duets. It was a perfect idea for the potential friendship of Queen and the rising King of Pop. They had already written three tracks, but the studio sessions ultimately fell through.

Much has been said about the relationship that existed between the two music stars, and how Mercury’s supposed fondness for drugs had been the cause of Jackson’s refusal to continue working with him.

We will never know exactly the reason why the collaborations of both artists did not see the light, what is clear is that Freddie felt a great admiration for him, despite the fact that the recording of those supposed three singles were discarded.

Later, when Freddie launched himself as a solo artist, he decided that he would include ‘Mr. Bad Guy ‘the song’ There must be more to life than this’, a song that Queen had originally recorded for the ‘Hot Space’ album. But Mercury recorded a new version with Jackson and included it in his first production.