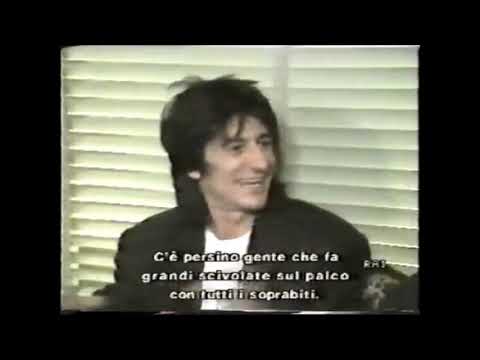 We were delighted to come upon this undiscovered gem during our routine search through the annals of musical history. In it, bassist Bill Wyman and guitarist Ronnie Wood of The Rolling Stones relate some incredible tales of rock ‘n’ roll revelry and then interview David Bowie in 1987 when he was on his Glass Spider tour. It’s an engrossing timepiece that provides a clear understanding of their environment.

Bowie was going through a difficult period because, although being on one of his biggest tours ever, he wasn’t enjoying his creative output outside of the visual performance of the tour. It implies that he was probably having trouble remembering who David Bowie truly was when he invited the two Stones backstage.

After achieving the pop prominence he had long yearned for, Bowie was at a point when he was having trouble figuring out his next move in music. Bowie was frustrated that the bulk of his songs were number-one hits, so he put all of his heart and soul into the tour’s “visuals.” He and Ronnie Wood had a long conversation about it, but that’s getting ahead of the story.

The renowned Rolling Stones guitarists Bill Wyman and Ronnie Wood are questioned informally in the first segment of the video below by a person who may be the most 80s rock interviewer you have ever seen. It is obvious that the two Stones are delighted to be there and are even happier to tell their tales about the “too famous” David Bowie.

The most heartwarming moments occur when David and Ronnie Wood finally sit down together. Two pals catch up among the rock star fervor, creative talent, and millions of albums sold. They catch up on everything including Wood’s impending art show, the new tour, and a whole lot more. It reveals Bowie as the really lovely guy he always was underneath the creativity and flair.