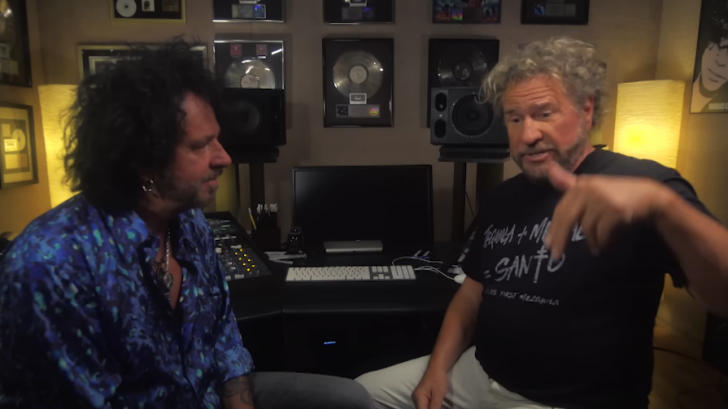 What more do you need than a great guitarist, a well-known drummer, and Sammy Hagar’s vocals?

Sammy visits his old buddy and well-known drummer Kenny Aronoff’s studio in Los Angeles on Rock & Roll Road Trip. When arriving, he met with iconic guitarist Steve Lukather of Toto to discuss collaborating with Michael Jackson, the condition of the music business presently, and share some anecdotes about their formative years, notably Eddie Van Halen and their influences. Steve brings in his son Trev to finish the day, and the four musicians jam to the Cream classic “Crossroads.”

One of the nicest renditions of Crossroads, and a decent interview. Everyone was engaged. That was the deciding factor. Sammy’s voice was smoothly reaching the high notes, and Kenny’s versatility as a drummer is mind-boggling.