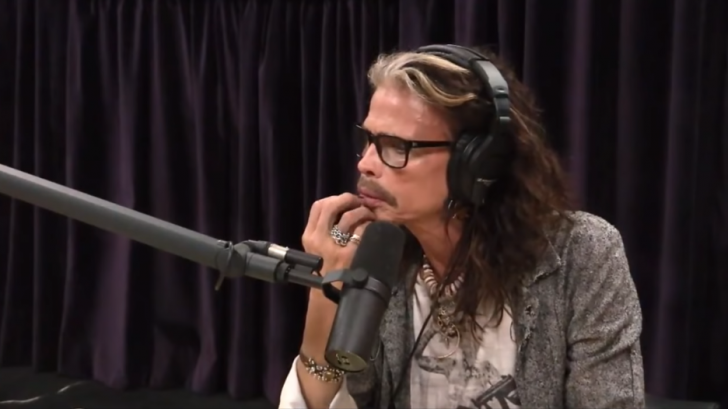 At age 73, Steven Tyler impresses. At half his age — and much smaller fractions of his chemical abuse — vocalists of big rock bands don’t even come close to what this gentleman showed during recent performances along with guitarist Joe Perry — Keith Richards to his Mick Jagger — he always carries the band for well over an hour, strumming through a repertoire of hits spanning several decades, without showing any signs of fatigue. A test of endurance, no doubt.

One of the hard rock giants of the 1970s, Aerosmith may not have had the originality of a Led Zeppelin, but they have developed consistent work that has influenced in many ways a generation of 1980s bands, led by Guns N’Roses.

However, Steven Tyler is not all about flash, and rock n’ roll. He also has an intellectual interest in extraterrestrials. In the video below, Steven Tyler had a passionate but somewhat heated debate with Joe Rogan over aliens with added conspiracy theories.