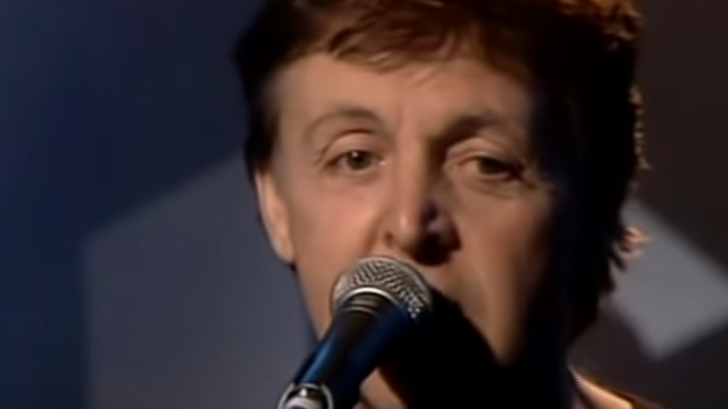 He chose the Cavern in Liverpool to publicize the album. He used an improvised band that included his great friend the great David Gilmour of Pink Floyd. In addition to The Pirates guitarist Mick Green and Deep Purple drummer Ian Paice, the album featured twelve rock ‘n’ roll covers, with only three McCartney originals, written in the same style.

McCartney’s return to Liverpool’s iconic Cavern Club was on December 14, 1999, his first appearance there. since the last Beatles show on August 3, 1963,

Only 300 tickets were made available for the concert.

“I am going back for just one night as a nod to the music that has always and will ever thrill me,” McCartney said before the show. “I can’t think of a better way to rock out the end of the century than with a rock ‘n’ roll party at the Cavern.”