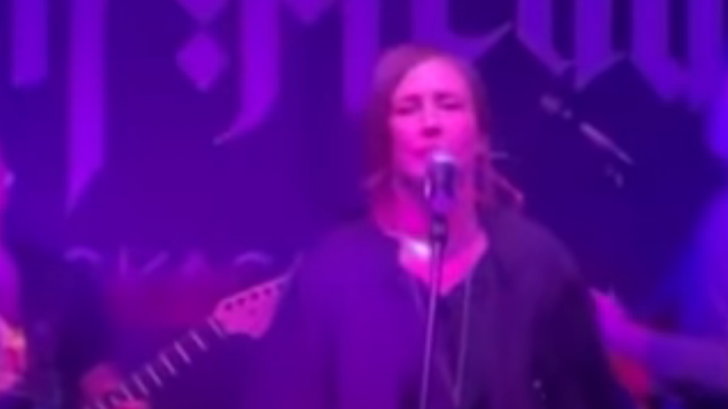 There is a huge number of actresses and actors who are fans of metal and Vera Farmiga represents one such case.

The actress who has personified Lorraine Warren in the saga of “The Conjuring” posted a video on her Instagram account in which she appears singing “The Trooper”, one of the most well-known songs of Iron Maiden.

This cover was performed at the Rock Academy in Woodstock, a music school that teaches children, youth and adults.

During this performance, Vera Farmiga was accompanied by various musicians including Scott Ian, guitarist for Anthrax.

It should be noted that the actress does not sing badly at all, taking into account that Iron Maiden’s songs are difficult to sing due to the high notes that Bruce Dickinson prints.

Another aspect that stands out in this video is the presence of a Ukrainian flag, which is highly relevant since Vera Farmiga’s parents are Ukrainian.

Vera is one of the actresses with the greatest reputation in the cinematographic environment, not only for her performances in the films of the “The Conjuring” universe, she has participated in “The Departed”, “The Orphan”, “The Ambassador of Fear”, “ The Boy in the Striped Pajamas”, “Non-stop Love”, “Godzilla”, among others.