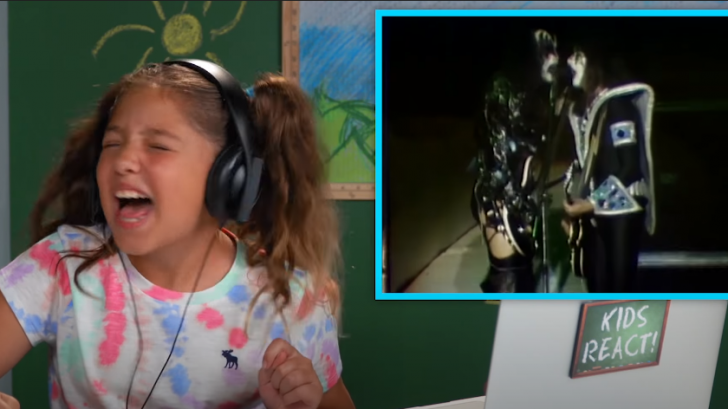 Generally, the music we listen to as children remain etched in our minds and impress us forever. In the video below, we have a group of children who have different reactions when listening to one of the most emblematic bands in music: KISS.

These kids do not know that KISS is a band formed in New York in 1973, they do not know that it is one of the groups that has sold the most records in history, nor that the founders are Gene Simmons and Paul Stanley, but something in their music moves them and makes them react in different ways. Maybe it’s just rock and roll but they like it.

Was there a band that impressed you as a child? What did you listen to at that age? Did you change your musical tastes a lot as a teenager or did you just refine them? Music, like art in general, opens your mind, and what better way to start rocking out as a child.