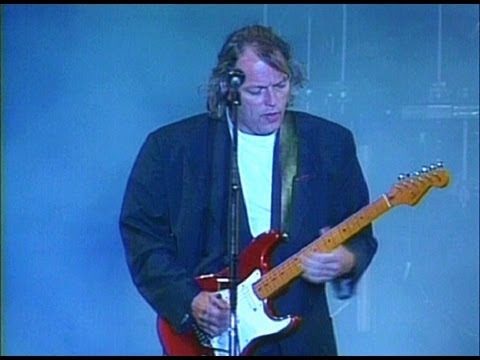 A Pink Floyd classic released in 1975, it appeared divided into the two parts that opened and closed the album Wish You Were Here by Pink Floyd. The track with its long introduction, its crescendo, its insurmountable 4-note riff as well as its changes in melody and rhythm seems to be the best of symphonic rock of all time.

The song is dedicated to the founder and first leader of the band, Syd Barrett, who had to leave the band due to serious psychological problems supposedly increased or caused by drugs. Barrett was paralyzed on stage being unable to play, he isolated himself from the world and was replaced by David Gilmour.

It is said that a few years later while the remaining members of Pink Floyd were recording in the studio, a fat guy with a shaved head and eyebrows appeared there. They had a hard time recognizing him but it was Syd Barrett. The impression was such that a feeling of nostalgia permeated the entire album.

Here we leave you a peculiar 1990 live version of Pink Floyd “Live at Knebworth”. Simply amazing what this band is capable of doing with their instruments.