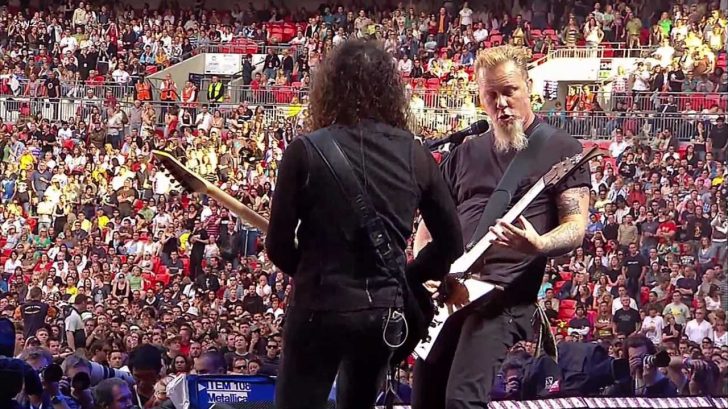 On Saturday, July 7,2007 the Live Earth concert brought together more than 100 musicians and 2 billion viewers with the aim of generating a global movement to solve the climate crisis. See below the video of the song `Nothing Else Matters´, performed  by Metallica’s in the event and garnered more than 177 Million Views on YouTube.

A series of 9 concerts took place simultaneously in different parts of the planet during the 24 hours which brought together on all its stages more than 100 musicians and it is estimated that was followed by 2 billion viewers across the globe.

The mega-concert attempted to spark a global movement to solve the climate crisis and marked the beginning of a multi-year campaign, spearheaded by the Climate Protection Alliance, the Climate Group and other international organizations, to galvanize people, corporations and governments to take action to solve global warming. Former US Vice President Al Gore chairs the alliance and was a partner in Live Earth.

Among the musicians who were in the game were Madonna, the return of Genesis, The Police, Enrique Iglesias, Metallica, Duran Duran, Roger Waters, Bon Jovi, Dave Matthews Band, Alicia Keys, Lenny Kravitz, Red Hot Chili Peppers, Beastie Boys , among others.

Watch the performance of Metallica’s Nothing Else Matters below: