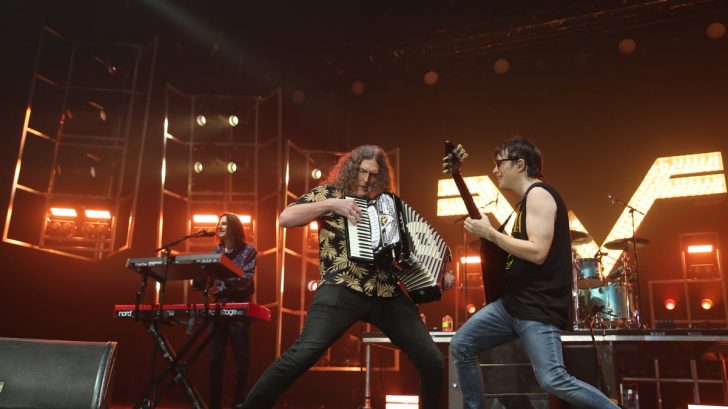 Is This The Best Collaboration Of The Year?

Just when you thought “Weird Al” Yankovic couldn’t get any weirder! But this is actually in a good way. Of course it goes without saying that he’s a talented musician based on all his “parodies.” The guy could pretty much perform anything and not only pull it off but actually give justice to the songs!

Then this happened. Weezer covered a Toto classic tune (their biggest hit in years) and if that’s not enough, they brought in “Weird Al” to provide some vocals and play the accordion. At this Los Angeles show last August 8, the crowd witnessed such a rare treat!

Weezer also took to Twitter to thank their special guest for his “transformative assist.”

The shred levels were off the charts on 8/8/18 in the Forum, many thanks for the transformative assist on “Africa” from @alfredyankovic !! #karlscorner pic.twitter.com/Pf6aiDi5F3

So, this just happened. (Thanks, @Weezer.) pic.twitter.com/DIt5Sf25Vz

We don’t know about you but they absolutely rocked it!