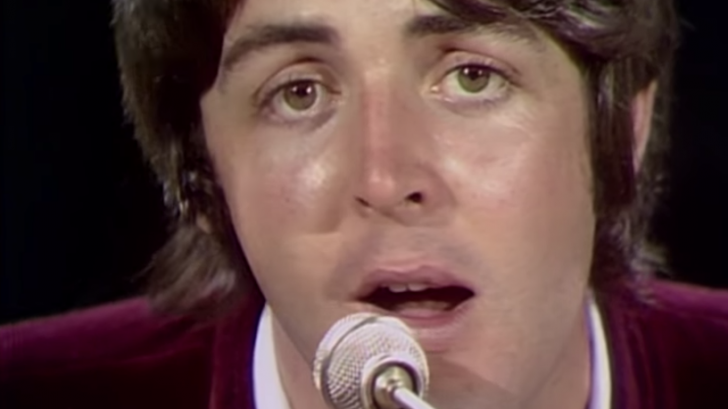 It’s well known now that The Beatles’ “Hey Jude” was written for John Lennon’s son, Julian, amidst his father’s divorce from his mom. Paul McCartney wrote the song for 5 year old Julian but didn’t tell him about the dedication until he was a teen.

In Steve Turner’s The Stories Behind Every Beatles Song, Julian says “Paul told me he’d been thinking about my circumstances, about what I was going through and what I’d have to go through. Paul and I used to hang out quite a bit – more than Dad and I did… “

An Evolution In Music

The song has heavy significance in regards to radio broadcasting, as well. The length of “Hey Jude,” is 7 minutes and 11 seconds. In 1968, the track was the longest single ever released. The song would go on to become the 10th most successful song of all time, according to Billboard.

The release of the song came along with The Beatles promotional clip, which included a controlled live audience. The “music video,” was shot 12 times until Paul McCartney told director Michael Lindsay-Hogg, “I think that’s enough.”

Toward’s the end of the clip, the audience gathers around the band for a sing-a-long. There’s lots of commotion about the end of the film, and it could be hard to catch some subtleties. One unmistakable sound you hear is from Paul McCartney.

During the extended refrain at the 6:20 mark- McCartney loudly and clearly shouts, “Take a load off Fanny!”

This lyric is a reference to the Canadian rock band, The Band. They had just (also) released one of the greatest rock songs of all time, “The Weight,” in 1968. There’s no real explanation or reason why McCartney chose to add this improvisation to the performance, but it’s a great nod to his contemporaries.