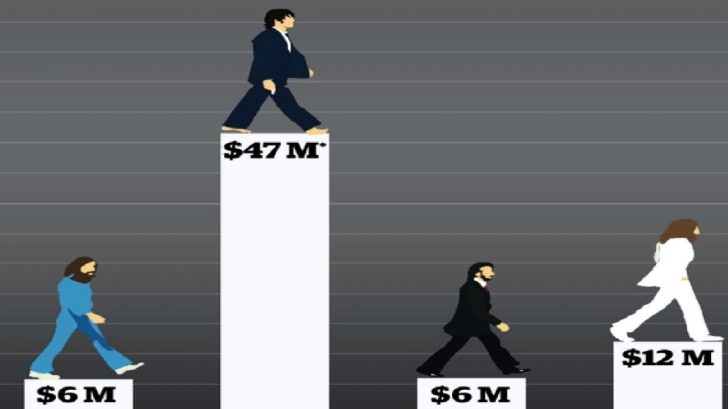 The Beatles’ annual accounts work as if nothing had happened in all these years or, better, as if the group still existed and nothing had changed in 1970.

During 2019, their production company Apple Corps Limited had a turnover of something like 65 million dollars. Unusual, right? Recall that The Beatles parted ways more than 50 years ago.

According to the Daily Mirror, survivors Paul McCartney, Ringo Starr, along with John Lennon’s widow, Yoko Ono, and George Harrison’s widow, Olivia, received about $ 8 million each.

This consisted of about 1.8 million in dividends and another 6.2 million in “connection with the provision of promotional services and name and image rights.”

A large chunk of the money is reported to come from the Las Vegas theater show Love, a joint venture with Cirque du Soleil. Apparently, the figures mark a great growth compared to the previous balance, when the turnover was around 48 million, with a profit of 7.2 million.

Love is a bet that dates back to 2006 and combines the music of the four from Liverpool with circus performance, the standard of the Canadian company. That show takes place only in Las Vegas. The project arose from the conversations that George Harrison and his friend Guy Laliberté, one of the founders of Cirque, had had in 2000.

In December 1966, RAVE magazine tried to estimate out exactly how much each of The Beatles had earned that time.

We look back at What Each Beatle Earned in 1966 Compared To Today’s Dollars: