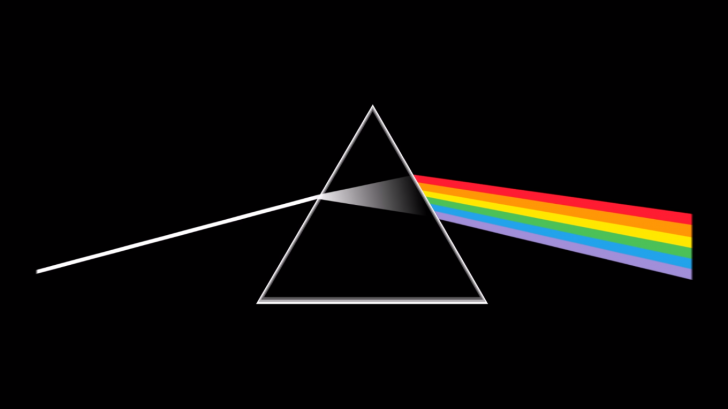 There are other classic rock albums, and then there is Dark Side of the Moon. More than 15 million copies of Pink Floyd’s legendary work have been sold in the United States since its launch in March 1973. And more than 45 million units around the world.

Whether you like Pink Floyd or not, you have looked, stopped, and listened for sure; starting with the cover of “The Dark Side Of The Moon”. History has turned this into a fundamental masterpiece to understand the evolution that Rock underwent in the 70s.

The best-selling Rock album in Rock with “Back In Black” … and one of the 3 best-selling in history. If it weren’t for Michael Jackson’s “Thriller”, which surpasses 65 million copies sold, “The Dark Side Of The Moon” would be the best-selling album in history. At least we could settle for “sharing” the position with AC / DC’s “Back In Black.” The figures for both albums are inaccurate, with some placing the Australians’ album above Pink Floyd in sales, but others claim the opposite. Be that as it may, it can be said that “The Dark Side of the Moon” is one of the 3 best sellers of all time, along with the “King of Pop” and AC/DC themselves.

Roger Waters’ tribute to Syd Barrett. A few years before starting work on this album, Pink Floyd had to experience a very negative career experience. After three years of existence, Syd Barrett, who was the undisputed leader of the group and the main person in charge of its sound, as well as the composer of almost all of the songs on “The Piper at the Gates Of Dawn”, was fired by total agreement. of the band because of his strong addiction to drugs, mainly hallucinogens, which had begun to diminish in him notably, causing episodes of madness, as well as causing a series of poor quality performances by the band.

No album after this event would ever sound like that work with Syd. The incorporation of the young David Gilmour to the band, and the rise to power of Roger Waters, led to a reorientation of the sound of the quartet towards worked instrumental compositions that were united under a single concept and on which all the themes would be developed. If you listen from beginning to end “The Dark Side Of The Moon” you will appreciate that the songs are all completely united, as if it were only one song in one album.

Alan Parsons, who was the record’s sound engineer, suggested that the band try writing more instrumental songs. Richard Wright, obediently, composed a 4-minute piece where the keyboard enjoyed great prominence. To this were added some initial voices that were extracted from surveys that the band carried out with the doorman of Abbey Road studios, as well as some roadies present there about their ideas about death and if they were afraid of it. Some of those answers appear in the song if you pay attention.

Parsons contacted a well-known friend and singer of hers, Clare Torry, so she could lend her voice to the song. At first, she was not very interested in working with the British as it was not exactly what she used to do, and she suspected that what she had recorded had not liked them at all. The funny thing is that Clare’s voice appeared on the album but not in the credits, which led to a later trial (2005) for which the band was forced to put her in the credits.

Listed as one of the best albums in the history of music, the truth is that Dark Side of the Moon is the product of a series of deliberate maneuvers of composition, execution, and, by the way, production, which marked a before and after Pink Floyd’s career.

Without abusing the instrumentalization so characteristic of their previous works, in this, the band’s eighth album, the voices, and lyrics begin to have a new role.