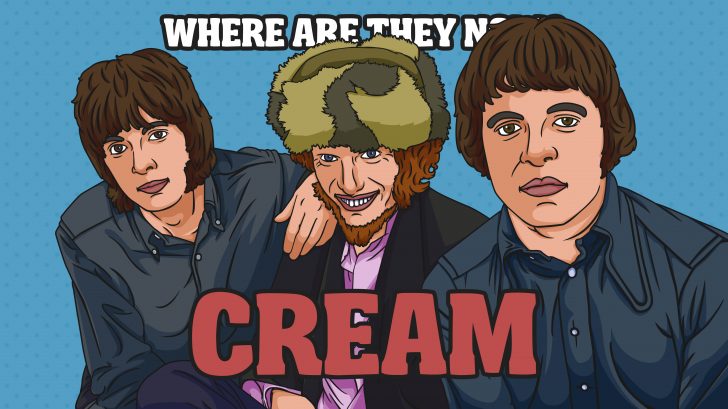 One Of The Best Powerhouse Trio Of All-Time!

We all had the great pleasure to witness Cream in the late ’60s, and since then we have regarded the three-piece as one of the great groups we’ve ever seen or heard. Imagine, they were only three guys playing on a large stage with a massive crowd and without any hesitation, they have played their every song and had made them famous: Badge, Sunshine, White Room, Strange Brew, Born Under a Bad Sign, the list goes on. Jack Bruce, of course, did most of the vocals, and Ginger Baker was a force of nature, he played some incredibly amazing long drum solos — everything was tight and pitch awesome. Slow hand Eric Clapton, on the other hand, was already regarded as a guitar maestro at the time.

In the years when Cream disbanded the reason was the beef between Ginger Baker and Jack Bruce, they were like a bad marriage. We never knew what gone wrong there, but they were always trying to bring down each other. After Cream, Eric Clapton joined Blind Faith for a while and then left to pursue a solo career, of course, he became successful, but Jack and Ginger never had the same success they had with Cream.

Ginger Baker recovered from open heart surgery last 2016. He was 76-year-old when he underwent the surgery, and at the same time, he also suffered an unspecified bad fall.

While Eric Clapton opens up earlier this year about his health issues and he said he’s going deaf. But despite that, he’s still on the road, and he will have his two-day show at Madison Square Garden with Gary Clark Jr. on October 6, & 7.