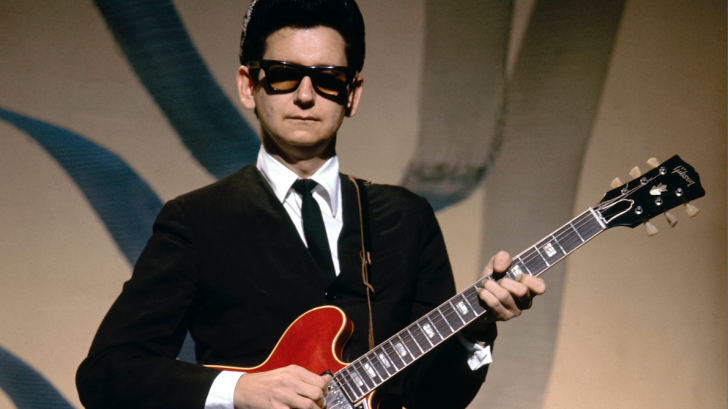 Orbison’s estate was worth $20 million, according to Celebrity Net Worth, before his tragic death in 1988 at the age of 52. He undoubtedly made a lot of money from his songs in the 1960s and 1970s, but he also enjoyed a brief period of fame in the years leading up to his passing that added to his savings. With the inclusion of his 1963 hit “In Dreams” in the 1986 David Lynch movie “Blue Velvet,” a new generation of fans began to hear it frequently.

Along with Jeff Lynne, Tom Petty, and Bob Dylan, Orbison was also persuaded by George Harrison to join the supergroup “The Traveling Wilburys” in 1987. Even though Orbison passed away before the band’s fame really took off, those royalties were still a fitting sendoff for a guy who made a fortune performing the music he loved. The major candidates to receive the proceeds of this substantial fortune are Orbison’s wife and three sons.

His music catalog is managed by Orbison’s widow.

In 1969, while on tour in Leeds, England, Orbison fell in love with Barbara Wellhoener Jakobs. The couple’s kids, Alex and Roy Jr., were born shortly after their marriage. By acting as his manager up until his passing on December 6, 1988, the new Mrs. Orbison proved to be a significant influence on her husband’s career. According to the Los Angeles Times, after he passed away at the age of 52, his widow fought arduously to not only preserve but also expand his musical legacy. Two months after his passing, his final album, “Mystery Girl,” was released and peaked at No. 5 on the sales rankings. In 2008, he also negotiated the release of the four-CD box set “Roy Orbison: The Soul of Rock and Roll,” which included 107 of his songs for fans old and young.

The wife and business manager who survived Orbison received the vast majority of his inheritance, making them the beneficiaries. According to Rolling Stone, she was given control of her late husband’s entire discography. She was listed as one of the richest widows in popular culture history by Independent. Barbara was a strong guardian of his musical legacy, suing various parties for unauthorized use of his songs and likeness as well as Sony for failing to pay the estate royalties. But if it weren’t for two terrible catastrophes he had to go through about 20 years before he passed away, his inheritance would have taken an entirely different form.