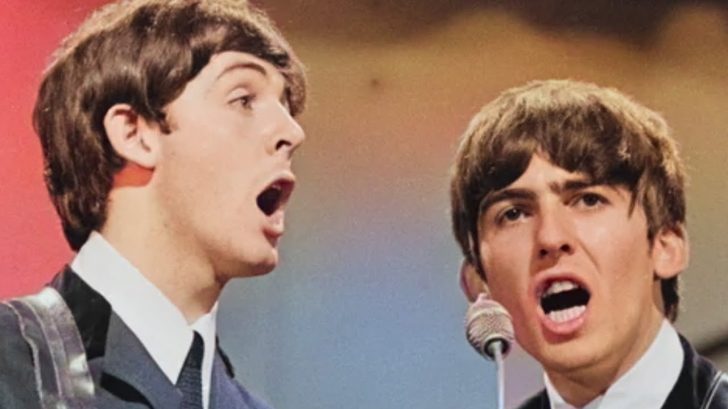 During their visit to Maharishi Mahesh Yogi’s ashram in Rishikesh, India, Paul McCartney, and George Harrison had completely different experiences. The chairman of the Transcendental Meditation organization sought The Beatles to attend a yearly retreat he organized for Westerners interested in learning about the organization in 1968.

It was tranquil and calm within the ashram bubble—ideal settings for songwriting, but not for George. He had to tell Paul that they’re not really in India to work on the next Beatles record. They had come to contemplate. But saying to Paul he couldn’t make music was like explaining to him he couldn’t breathe.

The Beatles spent a lot of time at Maharishi Mahesh Yogi’s ashram, where they penned a bunch of music. 48 songs were written, the majority of which were included on The White Album later that year.

“The weeks the Beatles spent at the ashram,” photographer Paul Saltzman, who attended the retreat too, later wrote (per Rolling Stone), “were a uniquely calm and creative oasis for them: meditation, vegetarian food and the gentle beauty of the foothills of the Himalayas.

“There were no fans, no press, no rushing around with busy schedules, and in this freedom, in this single capsule of time, they created more great music than in any similar period in their illustrious careers.”

“Songwriting came easy,” Donovan wrote in The Autobiography of Donovan. “Paul Mac never had a guitar out of his hand. He let us all get a few songs in though, and you can hear the results on the records that followed, the Beatles’ White Album, and my own The Hurdy Gurdy Man.”

The retreat may have provided The Beatles with a space to focus on songwriting, but George did not use it for that purpose.

While The Beatles were in India, Paul McCartney claimed that George Harrison chastised him for writing songs.

Paul did not mediate as extensively as George. He didn’t like it. He was just not throwing away the trip by doing nothing. He began writing a handful of songs, but George didn’t like it.

Paul claimed in Barry Miles’ Many Years From Now (Beatles Bible) that George became pretty irritated with him throughout The Beatles’ trip to India.

George believed Paul was spending too much time creating music for the new Beatles record instead of meditating, which was the whole reason of their visit to Maharishi’s ashram.

“I wrote quite a few songs in Rishikesh and John came up with some creative stuff,” Paul explained. “George actually once got quite annoyed and told me off because I was trying to think of the next album.

“He said, ‘We’re not f***ing here to do the next album, we’re here to meditate!’ It was like, ‘Oh, excuse me for breathing!’ You know. George was quite strict about that, George can still be a little that way, and it’s like, ‘Oh come on, George, you don’t have a monopoly on thought in this area. I’m allowed to have my own views on the matter.”