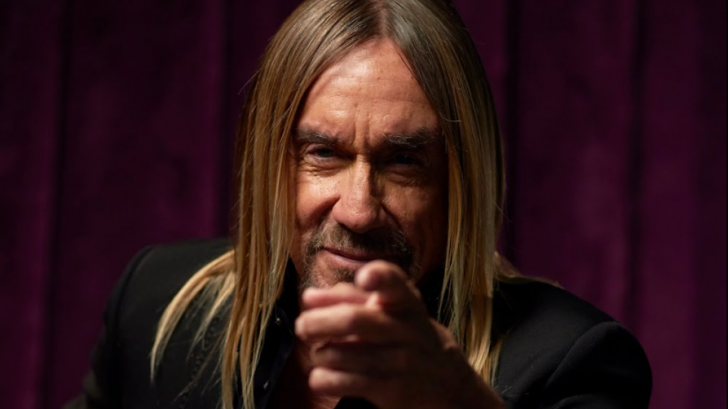 Iggy Pop has long been regarded as one of the more vibrant and energized stage performers, but one aspect of his performances will no longer take place. In an interview with NME, the 75-year-old Pop stated that his stage-diving days are behind him.

Pop is frequently credited as one of the inventors of the stage dive concert move because they have used it in their performances for more than 60 years. Pop confirmed that he won’t be throwing himself off the stage into the audience at his London “Dog Day Afternoon” performance next year while speaking as part of NME’s “Big Read” cover article.

“I’ve left the proscenium a few times if the crowds were too dull just to whip ’em up, but mostly I didn’t have to,” he explained. “I won’t do the dives again, I’ve managed to survive it mostly and I’m too rickety for that now,” he adds.

Pop has previously vowed never to dive from a stage. Back in 2010, the enthusiastic rocker leaped into the audience at Carnegie Hall in New York, but no one managed to catch him, and Pop later said that at 62, he would no longer stage dive because of injuries.

The renowned rock star continued to play even after that incident, despite previous comments about his career coming to an end. Pop was cited as stating in an interview from 2016 while promoting his album Post Pop Depression.

“I feel like I’m closing up after this. That’s what I feel. It’s my gut instinct.”

Pop is currently preparing for the release of Every Loser, a new album that will include guest appearances from the late Taylor Hawkins, Chad Smith of the Red Hot Chili Peppers, Josh Klinghoffer and Stone Gossard of Pearl Jam, Duff McKagan of Guns N’ Roses, Travis Barker of Blink-182, and Dave Navarro and Eric Avery of Jane’s Addiction. You can pre-order the album here, and Iggy will be performing at a few events in 2023.