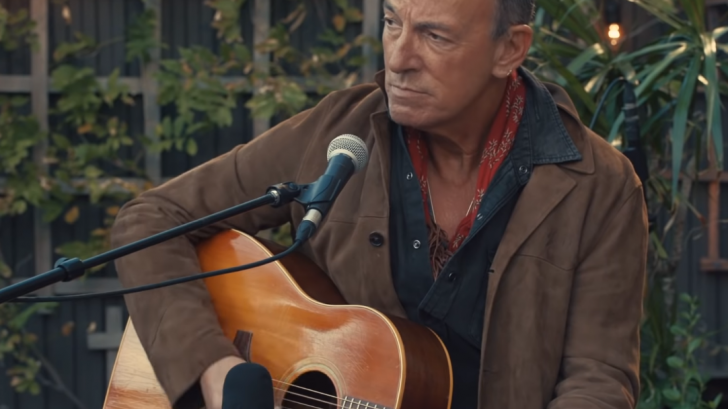 The key to Bruce Springsteen’s huge explosion of popularity is the ‘Born in the U.S.A.’ maladaptation – the one that Ronald Reagan tried to approach to make politics, a maneuver which contributed to its extension even more extended.

In Bruce Springsteen’s long discography, there is an album marked in his career as the springboard that made him the great American hero he is today. Born in the USA, his seventh album was a commercial success and continues to shine more than 35 years later as the work that established him as an exemplary American, creator of an enormous national treasure.

Asking ourselves whether Bruce Springsteen is on the left or the right might be to oversimplify the question. This is a thorny case, as the New Jersey rocker has a following across the political spectrum. Leftists and social activists appreciate his attention to the living conditions of the working class, while republican totems like Ronald Reagan admired his power as an icon of the United States (a kind of “action man” who instead of a machine gun would have settled for an electric guitar).

It was his political opinion that led his fans to turn away from him.

For Born in the USA album cover, some interpretations suggest that Springsteen used the flag to mock his country, but he denied it in a 1984 Rolling Stone interview…

One of the unforgettable stunts was when Bruce Springsteen paused during a Broadway performance to speak out against his country’s immigration policy and described what is happening on the United States’ southern border as inhumane.

The album cover is not a celebration of America, nor Springsteen pissing in his country, it is just an honest look at how things were in his country in 1984. Few album covers have personified an album in the same way as Born in the USA captured the American way of life.