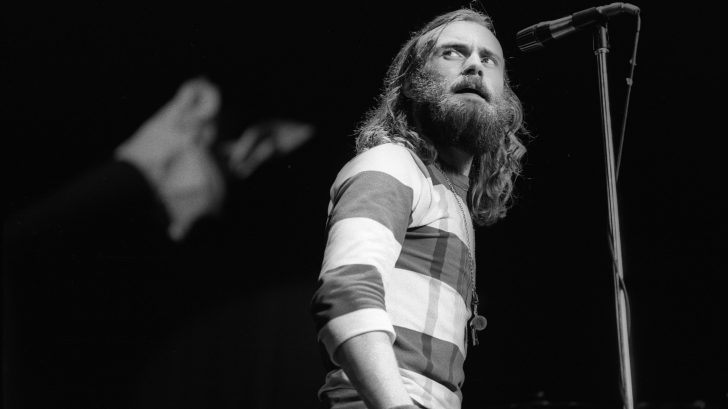 An incident in 2002 separated these two famous British musicians.

Phil Collins, the famous British singer, songwriter, and drummer, was a great admirer of The Beatles since childhood. As a pubertal teenager, in fact, he worked as an extra in The Beatles’ movie “A Hard Day’s Night” (1964), appearing briefly in the foreground along with hundreds of other screaming teenagers during a concert, not to mention that the music of John Lennon and Paul McCartney, as well as the drumming of Ringo Starr, were some of his great inspirations to dedicate himself to music.

During the ’70s, ’80s, and 90’s, Phil Collins, already a world-renowned musician, would collaborate musically with guitarist George Harrison and would meet Ringo Starr and Paul McCartney several times, establishing a relationship of friendship and mutual respect. . However, during the new millennium, an incident between Phil Collins and Paul McCartney, apparently insignificant, ended up alienating these two famous British musicians.

In an interview with the Sunday Times newspaper, Phil Collins reported that “I met him when I was working at the Buckingham Palace party back in 2002,” recalled the singer. “McCartney came up with Heather Mills and I had a first edition of The Beatles by Hunter Davies and I said, ‘Hey Paul, do you mind signing this for me?’ And he said, ‘Oh Heather, our little Phil’s a bit of a Beatles fan.’ And I thought, ‘You f**k, you f**k.’ Never forgot it.”

“McCartney was one of my heroes,” added Collins, who has just announced tour plans for next June. “But he has this thing when he’s talking to you, where he makes you feel [like], ‘I know this must be hard for you, because I’m a Beatle. I’m Paul McCartney and it must be very hard for you to actually be holding a conversation with me.’”

After Phil Collins publicly expressed his discomfort with the former Beatle, Sir Paul McCartney attempted to make amends with the Genesis drummer, reportedly calling him twice on the phone.

Later, Phil Collins would comment that “He’s been in touch about it because he was upset. I certainly didn’t get any flowers from him; I got more of a ‘let’s just get on with our lives.’”