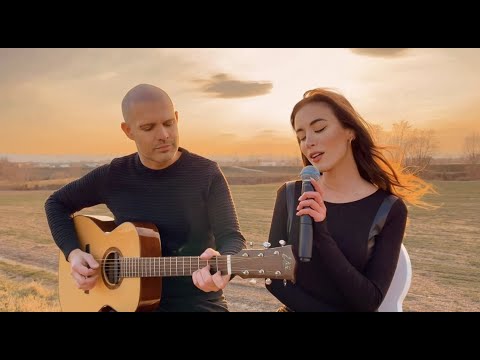 Benedetta Caretta, an Italian singer who from a very young age has stood out for her beautiful voice, and who popularized a series of videos with the guitarist Riccardo Bertuzzi, such as this version of the Pink Floyd classic, “Wish You Were Here.”

The album “Wish You Were Here” was released by Pink Floyd in 1975, recorded at Abbey Road Studios. It has only 4 songs, among them the one that gives its title, being “Shine On You Crazy Diamond” divided into parts between Side A and B, totaling 5 tracks. The album, which featured guest vocals from Roy Harper, is a tribute by the band to ex-mate and one of the founders of the group Syd Barrett, who suffered a mental breakdown possibly caused by drug use, leaving them in 1968 and leaving for good. his music career four years later.

The lyrics speak, each in their own way, about their absence, the impacts of the industry in which they were inserted and, of course, the loss of the “sunshine” of “crazy diamond” that it had before. There are other compositions by the band in tribute to Barrett, who passed away in 2006 at age 60.

Benedetta is, without a doubt, a singer in her own right and knows the power of her own voice well, because she has versions of very daring artists, such as Queen, Whitney Houston, Lady Gaga and Adele. Spoiler: they’re all flawless.

But this Floyd’s rendition is definitely  a beautiful version with excellent guitar. It’s not often that a rendition of a famous song kind of outperforms the original. This is definitely stunning. Keep going for the video below: