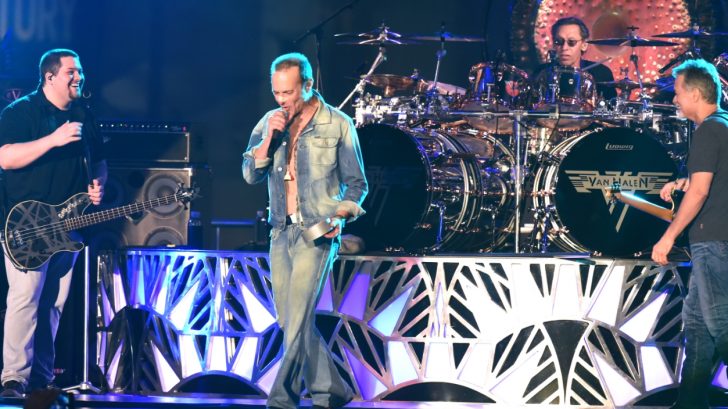 I think it’s safe to say that 2018 was a good year for some and a rough year for others. Like all other years, it’s had its ups and downs and lefts and rights, but all in all, we prevailed. Like most of your friends and family, many of our favorite rockers took to social media to post their yearly retrospectives and Wolfgang Van Halen was no different.

It’s clear that Wolfgang had a great year and even states that he spent it “staying focused, working hard, and moving forward on something I’ve [he’s] never been this excited about…”

I’ve been pretty quiet this year. I spent 2018 staying focused, working hard, and moving forward on something I’ve never been this excited about. I can’t wait to share it with y’all. Seeya in 2019 ✌️ #2018bestnine #HappyNewYear pic.twitter.com/ffzM1GLzqC

Whether it was intentional or not, this tweet sent fans and other publications into a frenzy. Wolfgang mentioned that he was moving forward on “something” and so far everyone and their mother are assuming it’s a possible Van Halen reunion.

Being that Wolfgang is the bassist for Van Halen, this is pretty reasonable to assume, but I have a different theory…

A sneak peek to start your week ✌️

Just last year, news broke that Wolfgang had finally finished what is speculated to be his solo album. Wolfgang himself posted many clips like the one you see above to his social media.

This was followed up with a tweet from Michael “Elvis” Baskette, the producer of this project.

“There are no words to describe the sense of excitement and accomplishment of finishing the last mix on this amazing record I just produced for the mega talented @wolfvanhalen. It’s so awesome and I’m super proud of it on all levels. It’s been a long time coming but it will be very worth the wait! Proud of you… love ya @wolfvanhalen #grateful.”

As much as we would love to see a Van Halen reunion, which we most likely will still see, my money is on the long awaited Wolfgang Van Halen solo album. Then again, who’s to say that it isn’t a new band entirely?