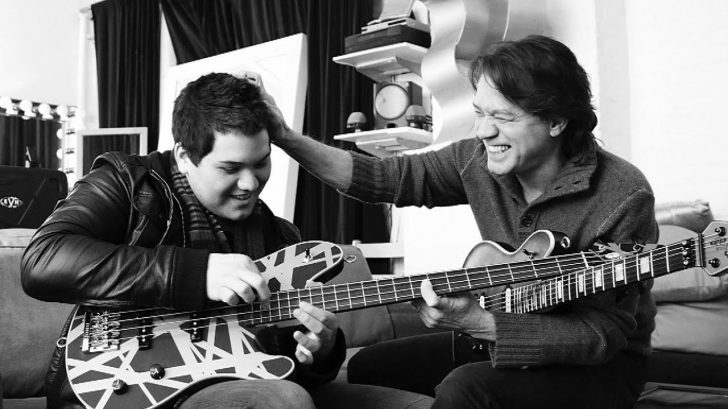 Wolfgang Van Halen has never shied away about his family’s legacy since releasing Mammoth WVH, but he has no plan to turn into a tribute act.

He told People in a recent interview that he can’t avoid but bend out his face or playing some guitar notes as his dad would do.

“It just happens,” he said. “I just go up there and be myself. There’s been a handful of moments though, where I’ve done something, and then I realize like, ‘Oh shit, Dad used to do that all the time on stage.'”

Wolf imitating Eddie on the guitar is somewhat intriguing because Eddie didn’t offer many lessons to his son on the instrument.

As Wolf explained during his conversation with Howard Stern last year that his dad showed him a few AC/DC riffs early on, and from there he was on his own.

“I’ll ask him to play something and then he just proceeds to be Eddie Van Halen, and that’s a very tough bar to reach as a beginner,” Wolfgang said. “He’s like, ‘Well do this!’ And it’s like, ‘Well, f–k you! I can’t do that. You’re Eddie Van Halen! How the hell do I do that?!'”

Wolfgang will go back on the road in January with Dirty Honey.