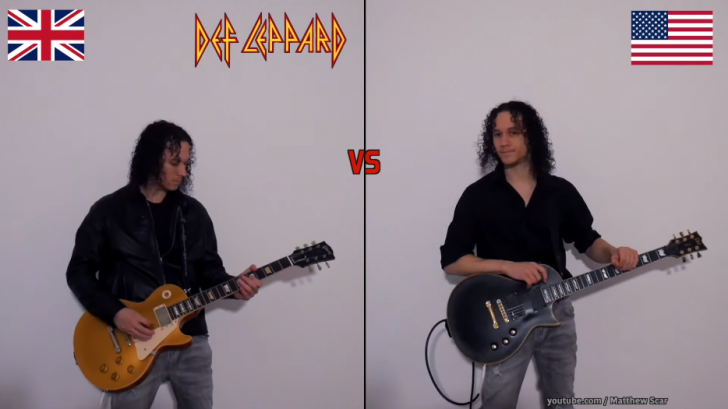 Since the appearance of Muddy Waters and Chess Records of one part of the Atlantic and The Beatles – there have been decades of dispute for musical hegemony.

After recording visionary John Chess opened his house to them, Watters, Richards, Howlin ‘, etc. they began the path of the blues that Chuck Berry and Elvis Presley would eventually accelerate. And from there to the world. Although with the first artists of the genre the planet looked to North America as the vanguard of the new rhythms of pop music, the invasion of the two British titans, Rolling Stones and The Beatles, ended that monopoly. Since then, the division between the two styles has also divided lovers of the genre.

American rock was gaining poise and Texan sounds during the 1970s. Bands like Lynyrd Skynyrd, Allman Brothers, ZZ Top, Neil Young, gained weight in rock alongside the other line more in tune with the search for a style open to new forms, especially in the north and west coast, with The Doors from California or Jimmy Hendrix from Seattle.

For its part, the United Kingdom had defined its own style during the sixties and saw David Bowie appear or the rise of The Who and The Police, in addition to the rise of punk with Sex Pistols and The Clash both come to break with all the established rules, returning attention to the British island and dividing the English public itself between punks, mods, and rockers. The large groups that established the dichotomy and would be the insignia of each party forever had appeared.

In recent years, and after the beginning of the century musically marked by the rise of pop it seems that this geographical division is fading, and choosing between one side and the other is becoming a thing of dinosaurs. But the inheritance will always remain. Having grown up listening to Led Zeppelin is not the same as having done it with Van Halen.

In the video below, a Youtuber name Matthew Scar interestingly created a video comparing British classic rock to the US! A guitar riff wars!