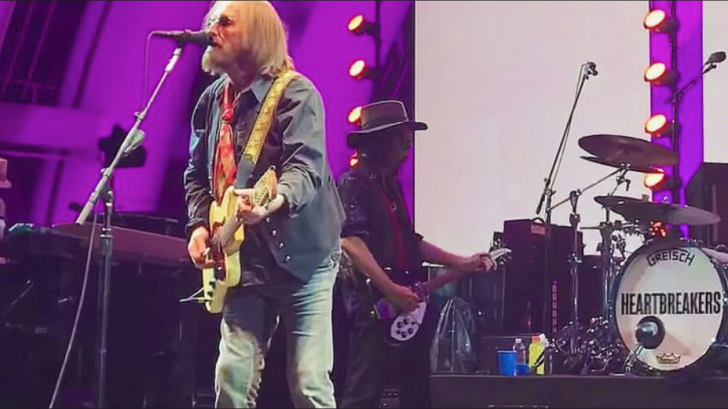 Like Tom Petty, we all thought that his September 25th, 2017 concert at the Hollywood Bowl was going to simply be the final date on his critically acclaimed 40th anniversary tour, never in a million years dreaming that just one week later he’d be gone – dead at the age of 66 after going into full cardiac arrest.

For the two hours that fans would ever spend with Petty, he played like a man possessed as he ran through an 18-song set full of career spanning songs that defined a generation and acted as the soundtrack to our lives for the better part of 40 years.

The final song played on every night of the tour, “American Girl,” drew furious applause from fans who in the hours leading up to and following Petty’s death Monday night took to Twitter to share their memories of his final show, raving about the late legend’s electrifying stage presence and a fierce dedication to giving fans the concert of a lifetime until the very end.

When I saw Tom Petty nine days ago, it was an incredible show. Never did I imagine it might’ve been one of his final ever. This hurts a lot.

Last Monday Tom Petty played the final show of the heartbreakers final tour. Now he’s gone. Atleast he went like the legend he was, on top.

I saw Tom Petty on a whim about a week ago. Never would’ve thought I was witnessing the final show he’d ever play. RIP.

My video of Tom Petty’s last show ever last Monday. I hate this. I grew up on your music. I’m so glad I got to experience this. pic.twitter.com/dIIrpOxvyl

The final two songs from the last night of his recent tour. If you’re going to barnburn, do it like this. https://t.co/G80x6FjrjX

Tom Petty’s final concert showed what an incredible performer he was https://t.co/HT1amkhh9e

If we’ve learned anything from Tom’s passing and the final show that preceded it, it’s this: go see the bands and artists you love while you can. That’s a memory that you can’t ever put a price tag on and when the day comes when it’s time to say goodbye to the music makers we’ve loved for lifetimes, it’s a memory that’ll soothe your soul like you wouldn’t believe.

Tom Petty's final performance just last week at the Hollywood Bowl of his first single ever, Breakdown. He sounded AMAZING.