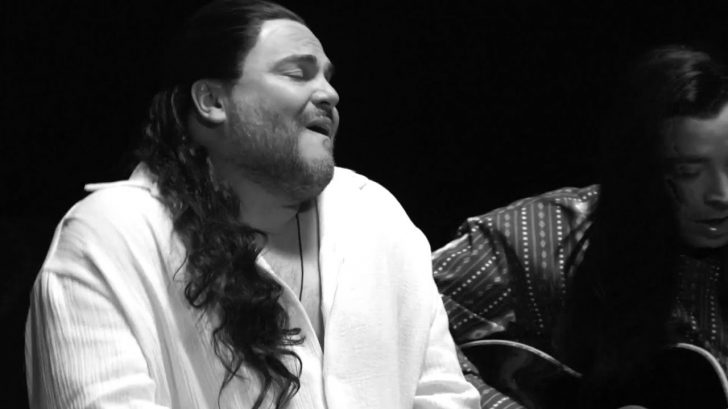 The arts are a wonderful discipline in which there are many branches to explore such as painting, dance, poetry. Many times these go hand in hand as they lend themselves to be combined and give an even greater show to the viewer. There are artists whose talent allows them to succeed in more than one discipline of art. Not content with shining on the television or movie screen, they also find success as singers and songwriters. Look at the 10 Beloved Actors That Are Also Good Musicians:

Before his rise as an actor, Jack Black was one half of the comedic rock duo Tenacious D. As of 2022, the group has released four studio albums, including Post-Apocalypto as the latest released in 2018, and the actor is still remembered for his heavy involvement in both industries, music, and film.

Although with little musical career compared to acting, Willis recorded a series of albums in the 1980s which were moderately successful. It is difficult to relate it to music, but the actor was inclined to the R&B genre, and with the Motown label he recorded the album The return of Bruno in 1987, which had some hits in its time. They later released another album.

Although it is not a secret, very few people know this side of the actress. As a singer, Johansson has recorded three studio albums in 2008, 2009, and the last one in 2018. She has also had sporadic musical performances in movies, making it known that she is not only talented as an actress but also as a singer.

You probably know his participation in the musical film La La Land, where he sings and dances enviably, but the Canadian has had his own band since 2009 when they released their first album. The musical group led by Gosling bears the name of Dead Man’s Bones, carrying a folk and indie rock style and having been on stage for more than a decade.

The acclaimed Johnny Depp also had his facet as a musician, because before being the recognized actor that he is now, he aspired to dedicate himself to music. As a teenager, he participated in numerous bands on the guitar. Starting his acting career, he moved away from the stage to consolidate himself as an actor. He is currently a member of a band called Hollywood Vampires which he formed with Alice Cooper and Joe Perry in 2015, last year when they released their first record material and are preparing to release a second album.

He began his career as a television actor in the 1980s, and immediately in 1985, he released his first album Night Rocker, which failed in the United States but was a success in Germany, achieving some hits. Although his most recognized works are acting, Hasselhoff did not abandon his musical facet as he has released more than a dozen albums which have not been very successful. In 2019, he surprisingly released a heavy metal album with collaborations from various bands of the genre.

Keanu is not far behind because he was also a member of a grunge band called Dogstar, where he plays bass. With two albums recorded in 1996 and 2000, they would end up disintegrating in 2002, with Keanu entering the acting world. During their time together they participated in festivals such as Glastonbury and Zwemdokrock and had a part in the soundtrack of films such as Speed ​​and Matrix, where Reeves plays Neo.

Loved by many and hated by others, for her portrayal of Summer in (500) Days With Her, Zooey created She & Him along with Matthew Stephen Ward, better known as M. Ward. They have six albums, two of them with Christmas songs full of danceable and melancholic folk-pop. Like Scarlett, Zooey Deschanel has a very characteristic and appropriate voice for singing. And since she is an indie muse who has not hesitated to release albums and collaborate with professional singers.

The Oscar winner for Best Actor for the film Crazy Heart in 2010 and famous for playing The Dude in The Big Lebowsky, is the leader of Jeff Brigges and The Abiders. The musical style of the band transits between rock and country. We recommend songs like: “Bridges Hold On You” or “What a Little Bit of Love Can Do”.

Juliette Lewis rose to stardom in a somewhat controversial role: at a very young age, she appeared in Martin Scorsese’s Cape Fear, which raised blisters over the highly sexualized portrayal of her character, who was a minor. Unlike Johansson, Lewis has always been more into the punk rock genre, seeing himself in figures like Iggy Pop. A good example of this is his song ‘Hot Kiss’ with the band ‘The Licks’.