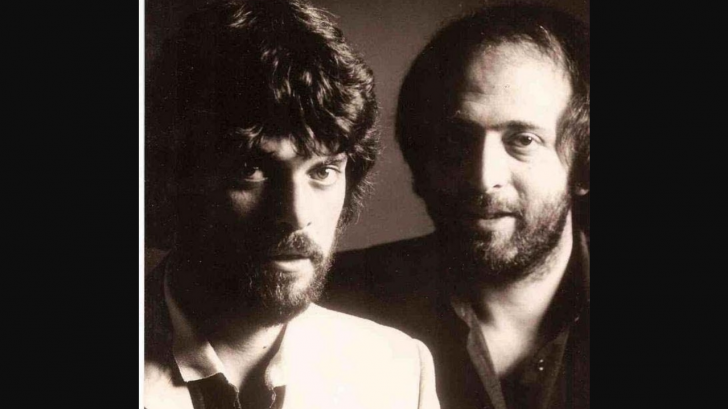 The Alan Parsons Project debuted in 1976 by releasing a concept album titled “Tales of Mystery and Imagination”. The group’s status was still not solidified. However, in the years to come, the pair crafted groundbreaking records like “I Robot” (1977), “The Turn of a Friendly Card” (1980), “Eye in the Sky” (1982), “Ammonia Avenue” (1984) which marked them as one of the biggest and important British progressive rock groups in the mid-1970s and 1980s.

The mesmerizing “Eye in the Sky” is among Alan Parsons Project’s greatest commercial breakthroughs. Appearing from their 1982 record with the same title, the track gave them the top chart spots in many countries.

“Games People Play” – another incredibly pleasing song, this moment appearing from Alan Parsons Project’s 1980 album “The Turn of a Friendly Card”. Lenny Zakatek delivered so much life within the piece with his remarkable vocals.

“Time” appears from “The Turn of a Friendly Card”(1980) and is definitely one of the saddest tunes ever made. Eric Woolfson’s soft and soothing vocal performance is everything but sympathetic.

“Sirius” segues into “Eye in the Sky” and both were normally played as a unit on radios. The instrumental, though, earned a signature for itself by becoming an opening song for various sports events.

The title track from the 1984 “Ammonia Avenue” record became one of the reasons why they are one of the best prog-rock band in the first place.

“Children of the Moon” with David Paton on vocals is a musical gem with a gentle reggae aftereffect combined with superb lyrics.

Alan Parsons Project’s 1977 “I Robot” was a coming-out performance. Packed with notable progressive rock gems, the record indicated the coming of a powerful prog-rock band.

This piece depicts a more powerful, more rock-oriented side of Alan Parsons Project which is both entertaining and deserving of recognition. “In The Real World” appears from their ninth album, titled “Stereotomy” (1985).

“Pipeline” is an incredibly alluring instrumental on “Ammonia Avenue” (1984) and one of the faves instrumentals of all time. Alan Parsons Project really knows how to craft time-enduring works of art that are fairly interesting with or without lyrics.

Alan Parsons Project’s 1985 “Vulture Culture” was seemingly the last commercial and significant accomplishment of the pair. The ‘80s came and with the new musical trends, biases, and chances.