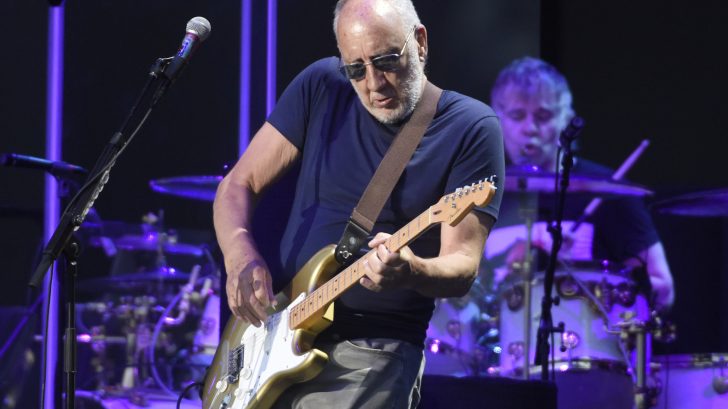 SAN FRANCISCO, CA - AUGUST 13: Pete Townshend of The Who performs during the 2017 Outside Lands Music and Arts Festival at Golden Gate Park on August 13, 2017 in San Francisco, California. (Photo by Tim Mosenfelder/Getty Images)

The Who guitarist produced several songs – and some were not appreciated. As the creative engine and guitarist for The Who, Pete Townshend is responsible for a vast range of music production, producing both concept albums and rock opera works. Furthermore, Townshend represents the sensitive work of an artist in crisis, with a mixture of the instinctual and the spiritual. In about 60 years of career, the musician produced many songs, but some were not so valued. We look back at the 10 Criminally Underrated Pete Townshend Songs:

This is, without a doubt, one of the albums that will never make it to the charts. Despite being signed by Pete Townsend (composer of the Who and one of the most lucid heads of rock) and Ronnie Lane (former Small Faces), the music it presents is unpretentious, especially, My Baby Gives It Away, and in these times that is fatal. Rough Mix is ​​not going to teach anything or try to show us the key that will save rock, it is sincere music for friends, and therein lies its greatest attraction.

Among his most outstanding songs we can highlight on the album Odds & Sods is the extraordinary classic called “Naked Eye”, one of the rockers best achieved by Pete Townshend.

“Dogs” was a UK single composed by Pete Townshend and released by the Who in June 1968. The single reached #25 on the UK singles chart.

If the first part of the album was quite satisfactory, this mini-opera is even more so and makes the wait since 1982 worthwhile. The mini-opera concludes with “Tea & Theatre”, and Josh and Leila, now adults, reflect on their lives and miracles.

Thus “The Sea Refuses No River” vaguely reminds the sounds of “Quadrophenia” and is a very good theme and criminally underrated. Pete waited until 1982 to release his second solo album under the curious title All the Best Cowboys Have Chinese Eyes and in which Townshend definitively launches into modernity.

Musically brilliant with its punchy synths, brutal bass and Moon’s always brilliant drums, it marks Pete’s first vocal intervention. A fantastic song, one of the best on an already great album.

Empty Glass represents a good version of Pete. At times it easily outperforms several of the Who’s post-Quadrophenia albums. Especially when compared to Face Dances and It’s Hard that came out in the years following this one. I Am An Animal is a mix rock and more pop song.

If we look at ‘Pure And Easy’, we quickly miss the instrumental consistency of the entire band, but instead we see here a more detailed and artistic implementation, in such a way that both versions cannot be compared. Depending on the time of day, you may want one or the other, although it is clear that the power that The Who gives off is, in principle, more attractive.

In “Blue, Red and Gray” Pete surprises us playing the ukulele and leading voice and Entwistle nuances with the French horn and trumpet. The LP also welcomes us with an innocent black and pale yellow cover that shows the members of the quartet with numbered dots to complete the naïve work devised by Entwistle.

Rael 1 & 2, would be a fundamental integral part of ”Tommy” of 1969, shows without a shadow of a doubt that from guitar riffs to complete fragments of songs that would end up being becoming songs were already well underway in Pete Townshend’s head. ”The Who Sell Out” has an added value that is very relevant in terms of music as well: although, as you can hear, it is still in a very embryonic phase, many of the elements that would give rise to ”Tommy” are already are present on this album.