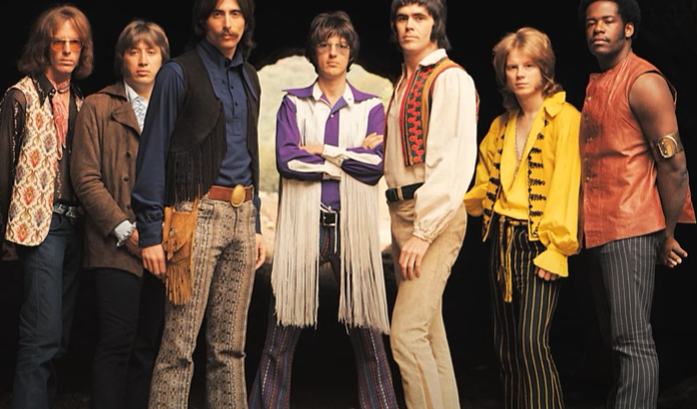 Three Dog Night was an exception, weaving a complex web of sounds that flowed smoothly. They performed with force, energizing the piano, completing their rhythms, and singing with the assurance of a chorus. The band had so many more genre-defining songs at a time when the genre was difficult to define, but they are probably best remembered for their loneliest song, “One,” or for their amphibian buddy and sommelier, Jeremiah, in “Joy to the World.”

“Nobody,” a flurry of noises and voices from their debut album, is the ideal way for fans to get acquainted with the band. The song’s most distinctive feature—three very different rock singers—Danny Hutton, Cory Wells, and Chuck Negron—harmonizing as one—is displayed in its quick, hard-driving, wailing pace.

With their primarily cover songs, Three Dog Night helped many outstanding songwriters gain notoriety. They introduced the general public to artists like Randy Newman’s funky “Mama Told Me Not to Come,” Hoyt Axton’s hugely successful “Joy to the World,” and Harry Nilsson’s chart-topping “One.”

On “Heavy Church,” which celebrates the force and individuality of each singer’s voice, no one performer stands out. Their rich harmonies are given complexity by a lively rhythm.

The band attempts the blues with “It Ain’t Easy,” adopting more southern rock themes with the bare-bones, hollow-thumping song. The song showcases another aspect of the band and demonstrates their unconstrained variety. It is thick with swampy noises and is only sometimes broken up by harsh, intermittent harmonica.

Put Out The Light

“Put Out the Light,” a gospel-influenced song, is another harmonic gem. The song has a fire to it as it begins with stern, throaty vocals before exploding into a blazing chorus and weeping guitar.

“Play Something Sweet (Brickyard Blues),” a New Orleans strut written by rhythm and blues great Allen Toussaint, has been covered countless times, but none have topped Three Dog Night’s.

The gloomy, sensual single “Woman,” by Three Dog Night, is a far cry from the lovely, pop-tinged “An Old Fashioned Love Song,” and just when you think you have the band figured out, they deliver a banger like the one below.

The band gives a song with many Tibetan Buddhist undertones a gospel flavor. The subtly grooved term “Shambala” relates to the legendary Shambhala, a country that was allegedly concealed amid the Himalayas according to ancient texts.

Never Been To Spain

Three Dog Night is famous for their song “Never Been To Spain.” The humorous, occasionally incomprehensible, and memorable song, which was written by Hoyt Axton, who also composed “Joy to the World,” gave the group a top hit and further cemented their reputation as a rock group.

Mama Told Me (Not To Come)

“Mama Told Me (Not To Come),” a song by Randy Newman, was initially recorded by Eric Burdon & The Animals. Three Dog Night made the song more well-known by lengthening it and fusing it with funk. The song’s over-the-top vocals gave it an edge and made it indispensable in the Three Dog Night discography.