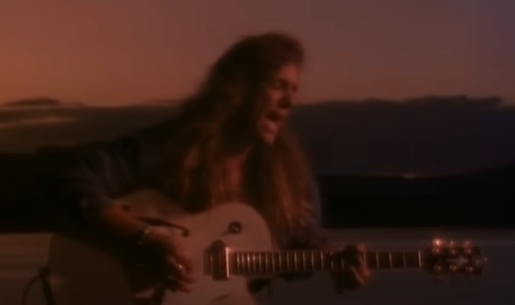 Thanks to its great longevity, rock and roll has many representatives, but as we have already discussed in other notes, not all of them are in the Olympus of music. For this reason and as always, we decided to make a little list with some 10 forgotten hair rock bands of the 80s  that are incredible.

Kik Tracee was indeed a 1990s glam metal group founded in L.a., California in 1988, at the end of the Glam Metal era just before the explosion of grunge and alternative music.

Ron Young, who had worked briefly as a nightclub bouncer, formed the group in the late 1980s. The group produced an EP independently, ultimately led to their contract with Geffen Records in 1989.

The group originally went by the moniker “Kingpin” when touring Sweden and producing the album “Welcome To Bop City.” The roster was Zinny J. Zan (vocals), Tim Skold (bass), Harry Cody (guitar), and Stixx Galore (drums). As the group changed their name and migrated to L.a., California in search of greater glory, this was the initial lineup of Shotgun Messiah.

Tokyo Blade was formed in 1982 as Killer by Andy Boulton (lead guitar), Andy Robbins (bass), Alan Marsh (vocals), Ray Dismore (guitar), and Steve Pierce (drums). They made a demo tape and changed their name to Genghis Khan before eventually changing it again to Tokyo Blade.

Akira Takasaki, guitarist, and Munetaka Higuchi, drummer, founded the Japanese hair metal band Loudness in 1981. They were the first Japanese heavy metal artist to be contracted to a big label in the United States, producing twenty-three studio albums (five in the U. S.) by the end of 2009 and entering the Billboard Top 100 during their peak worldwide popularity.

Vanadium, a five-piece from Milan, were among Italy’s first major hair metal bands, producing a run of widely successful LPs in the early ’80s before being surpassed by a rapidly expanding national scene as the decades passed. In fact, in the second quarter of their career, a creative manner weakened Vanadium was rudely exposed to both mockery and disdain by the next era of Italian metal bands, who mostly failed to acknowledge the older group’s quirky stage quips.

Miljenko “Mili” Matijevic, a Croatian-American singer, leads the band Steelheart. Mili’s tremendous vocals and multi-octave reach have maintained the heart and spirit of the group despite multiple line-up changes since its formation in 1990.