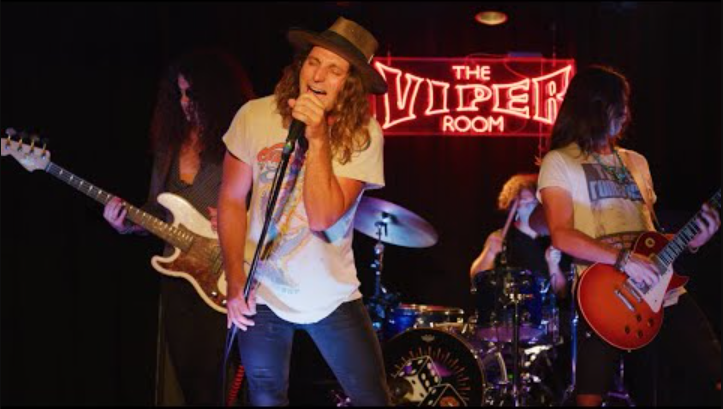 They say that “rock is dead” but that statement is far from being true. We reveal 10 great 2021 albums from new classic rock sounding bands, proofs that rock is more alive than ever: here are the most interesting current rock groups and that you should know if you, too, are passionate about rock. Turn on your speakers and vibrate!

It seems that all their ingenuity has been put into creating round songs, simple but tremendously effective. They certainly haven’t put it in the album titles. The  album is not about ballads, as can be heard in its first track “California Dreamin”, a classic rock song, highly directed by the voice and a very effective riff. This is pure rock with all the flair and a perfect balance between the dance point and the power, in one of those songs that are enjoyed in a room with a beer in hand and your friends by your side.

“Typhoons” is nourished by the good that this pair of musicians showed in the past and, enlarging their sound, they gloriously enter many new (and undefined) subcategories: at times “Typhoons” is almost disco, almost metal, almost disco stoner, even.

This is really called showing your true colors. Jason Isbell and the 400 Unit is known to be an avowed Democrat whose party color is blue. And with that, the latest album, Georgia Blue, has something to do with it in an unusual way. Georgia Blue is a labor of love.

After this period of greater turmoil, the duo seeks to re-establish itself with the arrival of Path of Wellness, a work that preserves part of the accessible sound incorporated in the previous album, however, maintains a firm relationship with the guitars and partially urgency that has defined the group’s creations since the second half of the 1990s.

Elevated at the time by a British press eager for novelties and without greater fanfare than their picturesque image and songs halfway between the southern tradition and the refrains, Kings Of Leon return five years later with an eighth album that bets on reflective half times. The album opens with the atmospheric guitar of “When You See Yourself, Are You Far Away”, which leads to rhythmic territories and a serene chorus. The simple and infectious riff of the single “The Bandit” condenses the Tennessee recipe into one of the best cuts of the lot, matching its country origins with melodic indie luster, inspired guitars and heavenly chorus.

Since their album From the Fires, and the explosion of the single Highway Tune, the band Greta Van Fleet, composed of brothers Josh Kiszka (vocals), Jake Kiszka (guitar) and Sam Kiszka (bass), and drummer Daniel Wagner, has received a mix of negative reviews and praise, establishing a curiously growing fanbase. It’s all part of comparisons with classic rock bands, especially Led Zeppelin for the similar vocals of Josh and Robert Plant, although the young man always seems to be forcing that comparison. This nostalgic aesthetic, both imposed by the audience and also assumed by the quartet, sets the homage tone of The Battle at Garden’s Gate.

Twenty years. Twenty years old since this band from Atlanta, Georgia started their career. Since its inception, Blackberry Smoke has been a band that has suffered the contempt of the most purist sectors of Southern Rock and the indifference of the most rocker parish that is not especially a fan of the genre. Charlie Starr’s band launches their seventh album in style, with an advertising campaign worthy of the seventies and endless editions and merchandising to “satisfy” their legion of followers. “You Hear Georgia” is an album that draws on the great southern albums, but Blackberry Smoke tries not to seem like a crude copy of a style from which it is very difficult to create something new.

Mammoth WVH is a modern heavy rock album that we can fit into the profile of bands like Alter Bridge, Shinedown, or even Disturbed or Foo Fighters, if we go to extremes, perfectly executed and with enough hook to sound on radio stations. classic rock. That’s the good part of the album. Songs with attractive refrains, a case of ‘Horribly Right’ or ‘Don’t Back Down’, and a certain stylistic variety, from good middle times to hard rock in the stadium such as ‘Circles’ or ‘You’re To Blame’.

With a 25-year career and a lot of mainstream success, Foo Fighters has established itself as a very popular rock band, being one of the few groups in the genre before the 21st century to make a transition from alternative rock and 90s hard rock to use the most prestigious pop rock of the last few years, however, in a way, maintaining a familiarity with the grunge sound, famous in the mid 80’s and 90’s. The fact that Dave Grohl was an enthusiast for the entire rock “spectrum” contributed to this musical blend of the band, which in its 10th album, Medicine at Midnight, tries to do a little of everything that their discography has already created, providing a curious paradox in the musical experience, in a kind of strangeness with repetition.

Delta Kream is presented as a sincere and almost improvised-looking album. The production helps to generate that feeling of listening to a group of colleagues who have decided to meet up at the venue, open a few beers and spend the afternoon playing some of their favorite songs. They say that it only took them about 10 hours to record it and it shows that they did not need many takes to give it the go-ahead.