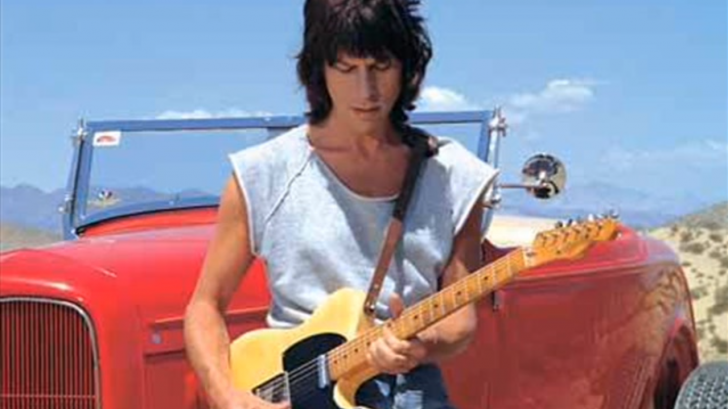 On January 11, it was announced that renowned guitarist and composer Jeff Beck has passed away. He was 78.

The British-born musician had a well-known musical association with guitarist-turned-actor Johnny Depp, and throughout his illustrious career, he had a huge impact on plenty of other musicians. Early American blues musicians like Buddy Guy, Les Paul, and Muddy Waters had an impact on the two-time Rock & Roll Hall of Famer.

We explore Beck’s top 10 songs below. Sometimes the only way to overcome the heartache is to celebrate the passing of a great artist.

This song is a part of another instrumental compilation by Beck and is taken from his third studio album, Wired, which was published in 1976. The album peaked at No. 16 on the Billboard 200 and was later given a platinum certification. Beck destroys the song. His playing was so assured that he didn’t require vocals. The artist will be missed for this and a lot of other reasons.

This peculiar, boisterous song is from Beck’s fourth studio album, There & Back, which was released in 1980. It helped the album reach No. 10 on the U.S. charts. Jazz Albums Chart on Billboard. In this instrumental track from the master, virtuosity and fusion come together.

The song “Nadia” is from Beck’s eighth studio album, You Had It Coming, which was released in 2000 and peaked at No. 17 on the Billboard 200 list. Beck plays a banshee slide guitar while producing this tune at a rapid clip. It is the mixing of several worlds and eras.

“Cause We’ve Ended As Lovers”

This instrumental track, which is also from Beck’s second studio album Blow by Blow, pays tribute to Stevie Wonder and Roy Buchanan.

This instrumental track is from Beck’s 1974 second studio album, Blow by Blow, which helped the record reach No. 4 on the Billboard 200 and became platinum.

This song, which was created by Beck and Depp and incorporates creepy, stretched noises and crazy vocals by the actor, is from the 13-track 2022 studio album. The album, 18 also includes cover versions of songs by the Velvet Underground, John Legend, Marvin Gaye, and other artists.

This song, from Beck’s 1985 album Flash, featured Rod Stewart. It is a sincere offering that is both smooth and enticing. The song, which was originally composed by Curtis Mayfield of the Impressions, is covered in the presentation.

Beck released his own version of the Stevie Wonder song in the 1970s, and it was both critically and financially successful. This version of the song, played on gritty guitar, is rougher and dirtier than the original, yet it is still beautiful.

The British band Attack debuted this song, which was written by Scott English and Larry Weiss, as a single in March 1967. A short while later, Beck released his own rendition. His rendition peaked at number 15 on the U.K. singles chart.

The first solo work by Beck was “Beck’s Bolero,” an instrumental rock tune that was produced in 1966. It is hailed as “one of the great rock instrumentals, epic in scope, harmonically and rhythmically ambitious yet infused with primal energy” in Guitar Masters: Intimate Portraits by Alan di Perna.